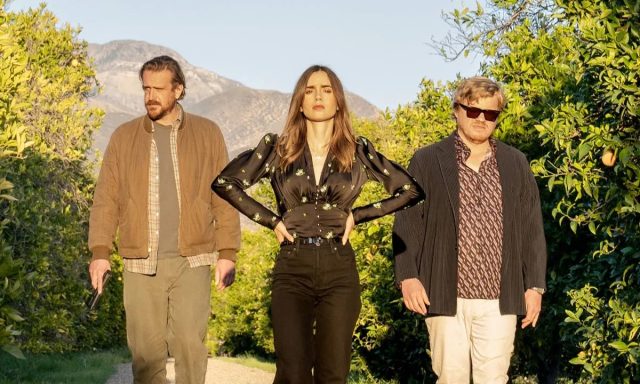 Just like I mentioned in the title, “Windfall” is perhaps the best movie Netflix has released lately, despite its relatively low score on Imdb.

I admit, I was quite surprised to see that Imdb users chose to rate “Windfall” with a score of 5 or so. In my opinion (readers are free not to share it with me), this movie is one of the best, released on Netflix in the last year, easily dethroning productions like “The Adam Project”, “Red Notice” or even “Don ‘t Look Up ”.

Obviously, it all has to do with the cinematic preferences of those who watch “Windfall”, a slow-burn film with a deep psychological substratum, but which is revealed to you only if you are very, very attentive to each scene.

Jesse Plemons proves once again how good he is in “Windfall”

Of course, actor Jesse Plemons no longer needs any introductions, as he has managed to make “history” in the Oscar nomination, “The Power of the Dog”. As usual, Plemons manages to outdo himself, reminiscent of the acting performances of the late Philip Seymour Hoffman.

“Windfall” tells the story of a robber, played by Jason Segel (known to the audience for his role in “How I Met Your Mother”), who finds himself in the vacation home of a wealthy couple in the middle of nowhere. Convinced that the two are not in the holiday home at that moment, the thief enters, steals some goods, but also money, but is surprised by the two who appear on the spot. Of course, all his plans are turned upside down, the action taking an unexpected turn.

Read:  Problems for Tesla: Why Recall a Large Number of Vehicles

Despite the fact that this film could have had the classic American (easy) look, in reality we are talking about a book-like execution, reminiscent of the noir films of the past years, without it being, at all, noir .