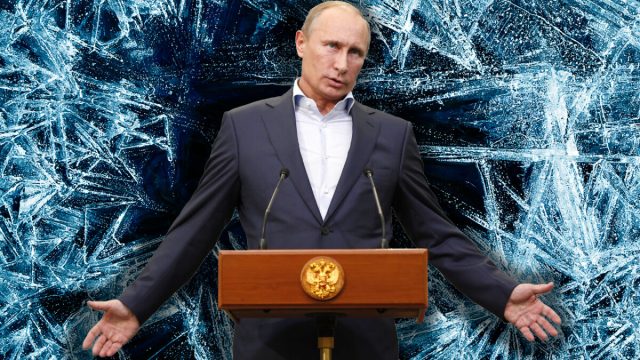 Following discussions about the Group of Seven (G7) intergovernmental political forum pledging to impose price caps on crude oil and the European Commission talking about fixing electricity prices, Russian President Vladimir Putin explained Wednesday that Russia will not supply the industrialized economic powers and the West with energy. “We will not supply gas, oil, coal, fuel oil – we will not supply anything“Putin stressed at the plenary session of the Eastern Economic Forum.

Putin to Europe: ‘Freeze, freeze, the tail of the wolf’.

Vladimir Putin explained that the Kremlin plans to let the wolf’s tail freeze, referring to Europe and the Russian fable in which a fox fools a wolf by freezing its tail, and the fox eventually defeats the wolf with this tactic.

and sending markets into disarray

Earlier this week, Gazprom explained that the Nord Stream 1 (NS1) pipeline would be shut down indefinitely. However, statements by Putin’s spokesman, Dmitry Peskov, quoted by Interfax, indicate that Moscow will not bring the gas back on line until Western financial sanctions are lifted.

Vladimir Putin said Wednesday that Western sanctions were “stupid“, and he added that Russia had not lost anything, he added: “I am sure that we have lost nothing and that we will lose nothing. The main thing is to strengthen our sovereignty, and this is the inevitable result of what is happening now.“

Meanwhile, European Central Bank (ECB) President Christine Lagarde may push for a significant interest rate hike this week. Christine Lagarde also blames climate change for some of the inflation Europe is experiencing, which hit a record high last month. Most economists link Europe’s economic problems to the war between Ukraine and Russia and the global economic crisis to the ongoing energy crisis.

Holger Schmieding, “ECB observer” and chief economist at Berenberg Bank, said in a note that the European central bank could raise the benchmark bank interest rate by 75 basis points. “Since early hikes can have a greater impact on inflation expectations than a more gradual approach, a 75 basis point hike could be considered. [75bps] might make sense“, remarked Holger Schmieding on Wednesday.

Out of curiosity checked my energy bill and realized it has increased by 35% and we are not even in winter yet.

At the plenary session of the Eastern Economic Forum, the Russian president said that if the G7 plans to implement price caps, Russia will not recognize any current contracts and will withdraw from future gas supply agreements.

“Will there be political decisions that contradict the contracts? Yes, we will not abide by them. We will not provide anything at all if it contradicts our interests“, said Putin.

During the second part of his speech, Vladimir Putin refuted the European Union’s accusations that Russia “arms energy supplies“. The Russian president added that the West had also failed to address the alleged technical problems with the NS1 pipeline.