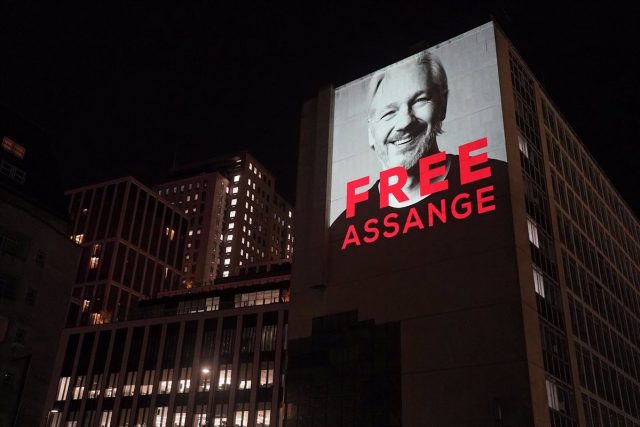 Lawyers for Wikileaks founder Julian Assange announced Monday that they have filed a lawsuit against former Central Intelligence Agency (CIA) director Michael Pompeo on the grounds that they “illegally eavesdropped on his conversations” by copying his devices and then distributing the data obtained to the Trump administration.

The plaintiffs–a group of U.S. lawyers and journalists–have alleged that their information was stolen between 2017 and 2018, when they handed over their computers and phones to a security firm (UC Global, based in Spain) during visits they were making to Assange when he was in the Ecuadorian embassy in London under political asylum.

Such actions, the plaintiffs indicate, violate their rights against unlawful search and seizure under the Fourth Amendment of the U.S. Constitution.

The lawsuit, filed in New York City, claims that employees of the security firm, “acting without the knowledge of the Ecuadorian government,” copied the visitors’ information–without their knowledge or consent–and provided it to the CIA. “These actions were authorized and approved by Defendant Pompeo,” the document states.

Assange has remained imprisoned in the United Kingdom since April 2019, when he was arrested after nearly seven years held at the Ecuadorian Embassy in London. The founder of Wikileaks initially took refuge in the Embassy to avoid his possible extradition to Sweden, where he was also under investigation, and fearing that it was a first step towards the United States