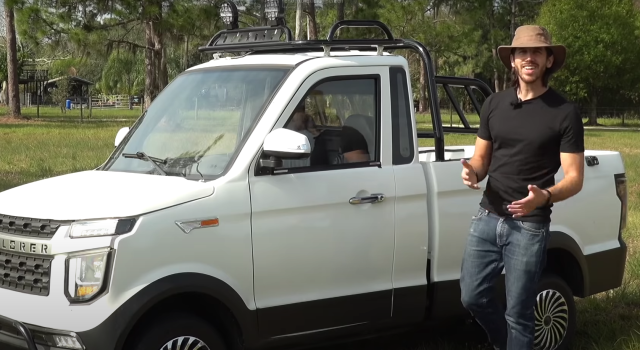 A man who bought a mini electric pickup truck from China for $ 2,000 announced how the vehicle works three and a half months after purchase.

The original video, in which the owner unboxed the car, went viral. After receiving the vehicle, the owner of the EbikeSchool.com YouTube channel invested another $ 1,500 in a battery pack, air conditioning and dump truck system.

Surprisingly, after three and a half months, the vehicle, a Chang Li Explorer model, works smoothly. Many people feared that the small pick-up would disintegrate quickly.

The small rust spots with which the car came did not extend, and the suspension is just as rigid. Moreover, the water does not penetrate inside, and the lights work perfectly, as does the infotainment system inside. The only thing that falls from time to time and needs to be replaced is the rearview mirror, which attaches to a windshield suction cup.

Read:  The war in Ukraine is officially a disaster

The owner has other plans with the car: he intends to mount a solar panel on the ceiling and install a material to protect the inside of the dumpster.

Chang Li is the company that once produced the cheapest electric car in the world, the Nemeca model, which cost only $ 930 in the basic version.

A video from 1968 highlights the advantages of electric cars: reliable, clean, quiet (VIDEO)