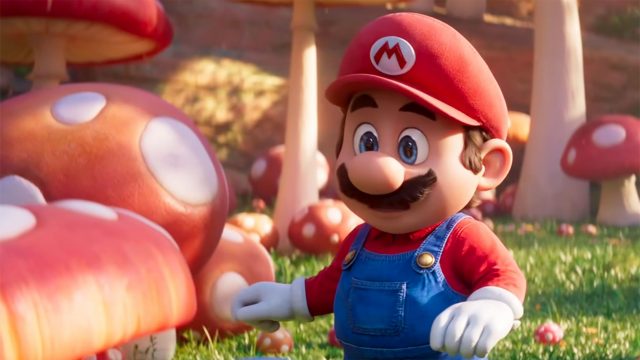 Nintendo has released a new trailer for the upcoming movie with and about Super Mario Bros.

After the brief teaser the gaming giant offered up earlier last month, the new clip gives a little more insight into what fans will be able to see in the film when it’s released.

Basically, not only do we learn more about the role Chris Pratt is playing (the actor will lend his voice to Mario), but we get to see more details about actress Anya Taylor-Joy’s performance, as well as Seth Rogan’s, as Princess Peach and, respectively, Donkey Kong.

Plus, you’ll also get a little foray into Rainbow Road, which might seem like great news in context.

According to Mario and Zelda series creator Shigeru Miyamoto, Nintendo is reportedly redesigning Donkey Kong for the first time since the adorable monkey went 3D in 1994’s Donkey Kong Country.

“Some of you may have already noticed this, but for this movie, we took the opportunity to provide a comical personality and design reminiscent of the original character,” Miyamoto said.

At this point, the potential for success is obvious, especially if we’re talking about people who grew up playing Mario.

Read:  The head of Stellantis disagrees with EU policy: how he sees the future without emissions

The animation is colorful and quite fluid in its flow. Plus, it has enough elements from the original games to turn on the nostalgia factor.

Also, it might be quite interesting to see Mario played by Chris Pratt, challenged by many as being unlikable.

Whether the Super Mario Bros. movie will be worth a “trip” to the cinema remains, of course, to be seen.

To find out the answer to that question you’ll have to wait until April 7, 2023.