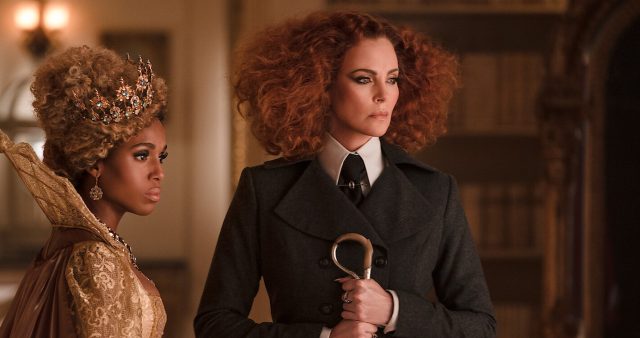 The first teaser trailer for the Netflix adaptation of The School For Good And Evil has been released online. The film is based on the novel-fairy tale series, written by Soman Chainani.

The School For Good & Evil is the first book in the seven-volume series to focus on children being taken to a “magical institution.” There, they are trained to become fairytale heroes (Evers) or villains (Nevers).

Beginning in 2013, The School For Good And Evil has become a successful series over time, completing the last book in this saga in 2020. The first book features the main characters Sophie and Agatha, who are children from the village of Gavaldon and who are driven away and taken to the magic school, where they discover that their fate is completely different from what they initially thought.

Read:  2021 was the year of import for Romania: how many natural resources did it buy

For example, Sophie used to dream that she was a good princess, while Agatha presented herself as on the dark side. However, the couple are on opposite sides of the school, where they have to fight their new roles and find out if this is really their destiny in The Endless Woods.

The trailer for the new production was unveiled during Geeked Week on Netflix. The clip gives the audience some details on the adaptation of the fairy tale, which promises to be an epic magical journey, it is said.

Read:  Beware, all drivers need to know: this is what happens to you, if you have an accident in the parking lot and run away from the crime scene

In the pictures we can see Lady Lesso, played by Theron, but also Professor Dovey from Washington. There are also some frames with Sophie and Agatha, who appear to have been abducted by the Stymph skeleton and brought to the magic castle.

It can be said that the new production is quite similar to something that Harry Potter fans might appreciate.