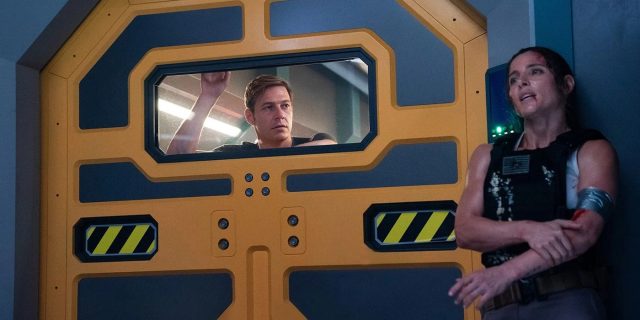 Netflix is ​​releasing the first trailer for its upcoming action movie, Interceptor. The film, starring Elsa Pataky and Luke Bracey (Hacksaw Ridge), focuses on the story of an army captain who unexpectedly arrives at the last line of defense for a remote missile interception station.

The screenplay was written by director Matthew Reilly and Stuart Beattie (Collateral), a New York Times bestselling author known for novels such as Scarecrow and the Army of Thieves and The Tournament. Interceptor marks Reilly’s first foray into the world of film.

Interceptor, a movie with a lot of action, but also with terrorists

In the new trailer, released by Netflix, Pataky makes his debut as Captain JJ Collins. Although she makes no secret of her dissatisfaction with the new job at the interception station, her presence there becomes the only thing preventing the nuclear war. Under the threat of unknown terrorists, Collins and his team aim to do everything in their power to keep the control center safe.

The new film comes as a complement to Netflix’s major action movie collection, such as Triple Frontier and Red Notice, with Extraction director Sam Hargrave being the “action consultant” for the film.

It seems that the actor in Thor would have helped his wife, Elsa Pataky, to prepare physically to play the role of Collins.

Read:  Europeans want low-emission cars, even if they are more expensive

Interceptor will officially debut on June 3 on Netflix.

The trailer can be seen below: