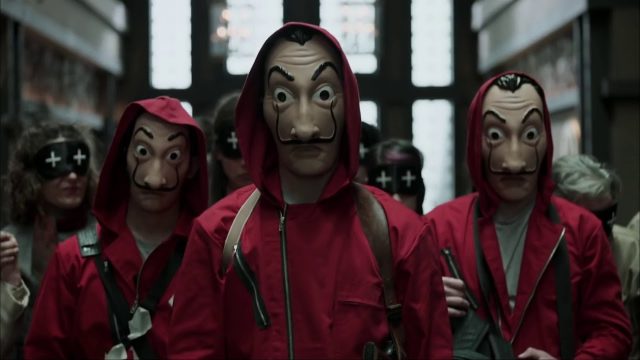 Álex Pina, the creator of “Money Heist” or “La Casa de Papel”, as he is also known, announced the development of a new Netflix series, with an extremely current topic.

Specifically, the new series will focus on the lives of people who buy pandemic bunkers.

Since the end of the fifth and final season of “Money Heist”, also known as “La Casa de Papel” in Spain, Pina has worked on several other series for the streaming giant, Netflix. Moreover, he is preparing for the launch of a prequel series for “Money Heist”, entitled “Berlin”, centered around the favorite character of the fans, played by Pedro Alonso.

After “La Casa de Papel”, a new series, this time about bunkers and a pandemic

Pina is currently working on another series inspired by the COVID-19 pandemic. The project does not currently have a title, and Netflix does not seem willing to give too many details “from home.”

However, the new series will be inspired by an article in a Spanish newspaper that cites a growing number of people buying bunkers in the context of the pandemic.

“This new stage is an extension of the trust we have in the public eye, because we are on the same path with some of the most important creators of contemporary fiction and we are bridging the gap between Europe and North America,” he said. Pina.

Until the release of the new “pandemic” series, Netflix has announced that it will release “Berlin” in 2023, so there is no indication of the order in which Pina will handle its productions.

“Money Heist” was one of Netflix’s biggest international hits, performing impressively for a Spanish-language series. The film tells the story of a group of criminals who rob the most important financial institutions in Spain, under the leadership of their mysterious leader, known as Professor (played by Álvaro Morte).