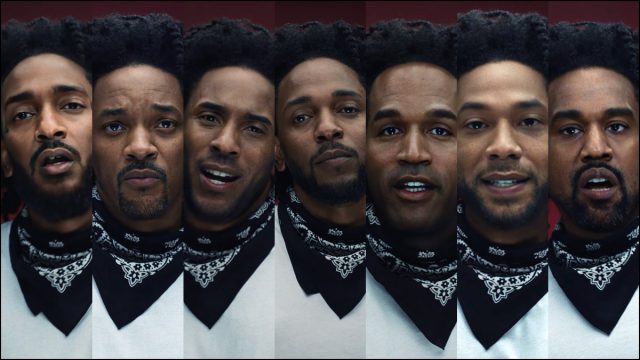 Kendrick Lamar has released a new deepfake clip in which we can “see” Kanye West, OJ Simpson or even Will Smith.

The artist seems to have, this time too, a special mission, wanting to show us that deepfakes can also be used for useful purposes, not only for misinformation and pornographic videos.

The rapper shared a video for his single “The Heart Part 5”, which revolves exclusively around the faces of certain celebrities, superimposed on the body of Kendrick Lamar, while he utters his lyrics.

The clip makes the perfect transition between images created by artificial intelligence, of famous and, in some cases, notorious figures from the recent culture of black people in the United States, including Kanye West, OJ Simpson, Will Smith, but also certain images. with Kobe Bryant and Nipsey Hussle.

Read:  The Man Who Fell To Earth returns in a new adaptation: who is the actor who will replace David Bowie

Deep Voodoo is a studio “brought to life” by South Park creators Trey Parker and Matt Stone and is responsible for the deepfake images in Kendrik Lamar’s video. The video was directed by both Kendrick and Dave Free.

As in the case of the lyrics themselves, the overlapping faces serve as a commentary on the niche culture, with good and bad. In other words, technology sits like a cherry on the “cake” made by Kendrick Lamar.

The images show various aspects of a well-known figure and are accompanied by key words that, among other things, talk about the bipolar disorder of Kanye West, but also about the crime committed by Nipsey Hussle. Of course, the collage could not miss the newest “negative character” of the world, Will Smith, who “set fire” to the Internet when he slammed Chris Rock in the face at this year’s Oscar gala, after the commendator made an inappropriate joke about his wife.

Read:  An industry giant's forecast: when the semiconductor crisis would end

Obviously, Kendrick Lamar shows us that deepfake technology can also be used for educational purposes or, as the case may be, to highlight the syncopes of the society in which we live.