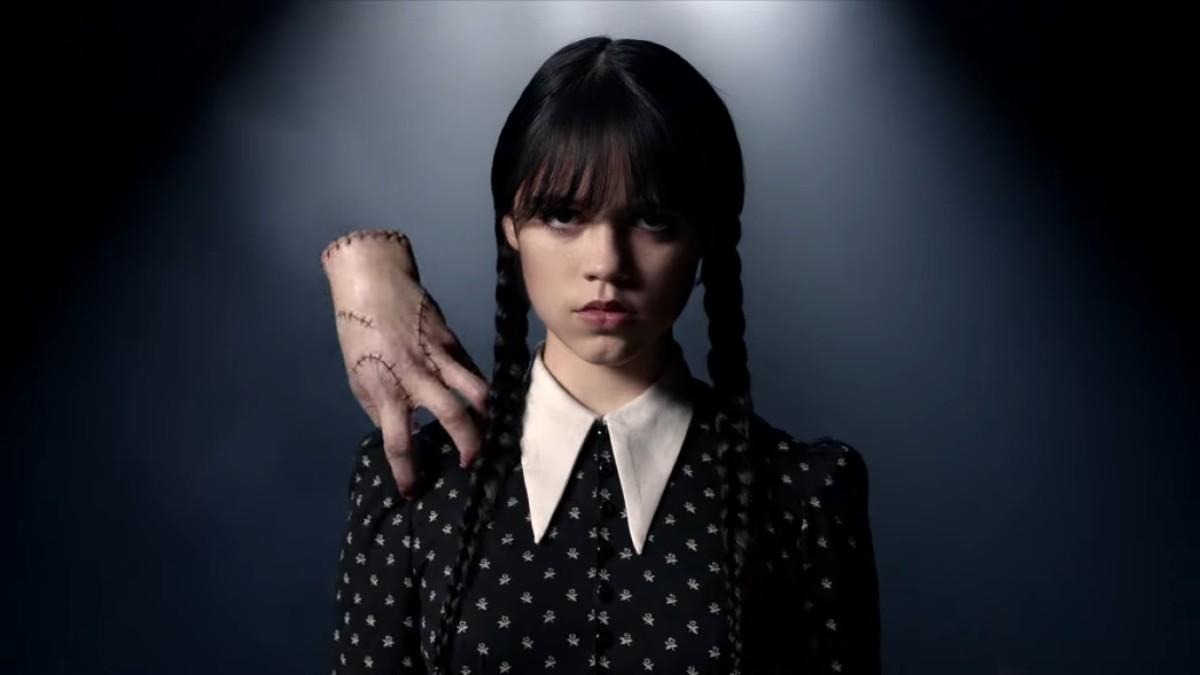 The Addams Family is one of America’s most iconic fictional families, having existed in one form or another for nearly a century.

The story originated in a cartoon published in The New Yorker, 1938, created by Charles Addams and was popularized by ABC in 1964. Since then, the Addams family has been featured in animated series, both live-action and animated films, and even in a musical.

The latest adaptation of the idea is called Wednesday, is created by Alfred Gough and Miles Millar, directed by Tim Burton, and is coming to Netflix in late 2022.

The series will focus on the famous family’s daughter as she is sent to Nevermore Academy. We’ll see Jenna Ortega in the lead role, alongside Catherine Zeta-Jones as Morticia, Isaac Ordonez as Pugsley and Luis Guzmán as Gomez. Also starring in Wednesday will be Riki Lindhome, Hunter Doohan, Christina Ricci and Gwendoline Christie, among many others.

Netflix has finally released the first official trailer for Wednesday

The opening scene shows Wednesday wandering the halls of Nancy Reagan High School and throwing two bags full of piranha into a pool to get revenge on her brother’s bullies. For obvious reasons, she is transferred to Nevermore Academy, the place where her parents Morticia and Gomez met. It is implied that this is an academy meant for outcasts.

Read:  Kate Bush, YouTube record: how Stranger Things helped her get back on the charts

The trailer seems perfectly designed to appeal to fans of The Addams Family.

Recall that in the past, a series of films based on the adventures of the Addams Family have cast Raul Julia (as Gomez), Anjelica Huston (as Morticia), Christopher Lloyd (as Fester), and Christina Ricci (as Wednesday) in the lead roles.

As previously mentioned, Ricci will return to the franchise, but it is not known exactly what role she will play.