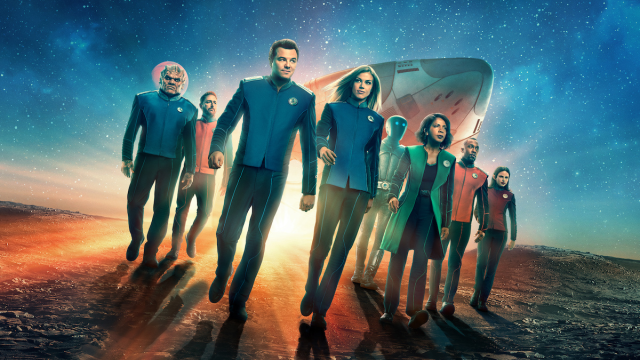 The Orville, the series that is considered to be the “clone” of Star Trek and that comes from the creator of Family Guy, Seth McFarlane, returns, on Hulu, for a third season, to the great joy of the fans.

The trailer for The Orville, New Horizons, promises an epic battle with the Kaylon aliens, an artificial race that is a bit reminiscent of The Borg, from Star Trek. Created by Seth McFarlane and clearly inspired by Gene Roddenberry’s classic Star Trek, the sci-fi comedy series follows the adventures of Captain Ed Mercer (McFarlane) and the crew of the USS Orville as he ventures among the stars and meet with alien races unknown to them until then (again, the resemblance to Trek is obvious).

Read:  BMW XM: the most powerful M model ever launched

What has happened so far in The Orville?

Although The Orville began as a series focused mostly on comedy and satire in season one, as time went on, McFarlane seems to have given up the comedy component, focusing rather on on the meaningful stories you encounter in the slightly older Trek series (TNG, VOY, DS9, etc.). In fact, the creator of Family Guy is a big fan of Roddenberry’s franchise and has repeatedly stated that he would have liked to be able to be part of this phenomenon, so cloning is an assumed one, in the absence of other ways a little more ” orthodox ”.

After defeating the fleet of robots with the help of Krill, there was a moment of peace between humans and the alien species. However, by the end of Season 2, the Kaylons have returned to fulfill their mission to destroy all biological life in the galaxy.

Read:  Renault boss announces changes: what is happening with Dacia, how it affects us

Lt. Grayson tried to correct the chronology he accidentally changed in Season 2, erasing his memories and going back in time to have a second meeting with Mercer, thus restoring the original chronology and the chance to save the future. It remains to be seen if her plan will succeed. To find out, you should definitely watch the third season of The Orville.

The Orville will return to Hulu on June 2nd.