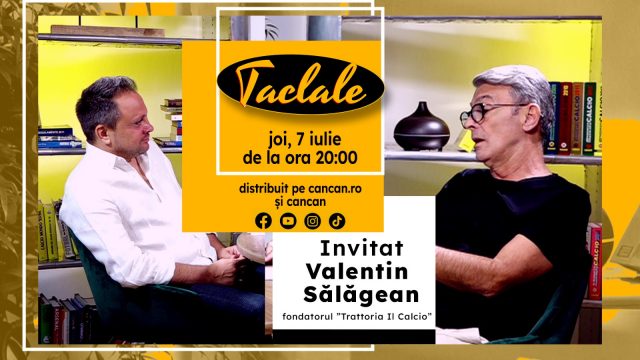 The second part of the interview will be available on Thursday, July 7, at 8.00 pm, in full on cancan.ro website, CANCAN Facebook page and CANCAN YouTube channel.

Emigrated to the U.S. in 1981, Sălăgean has a fabulous life story, which he decided to tell, without mincing words on “TACLALE”.

After telling a series of incredible stories from his time in America in the first episode, in part two Sălăgean talks about how he met Gino Iorgulescu and how the two of them managed to build a successful brand that still stands today.

Don’t miss the second part of the interview on Thursday at 8pm, only on cancan.ro and on the publication’s social media channels!