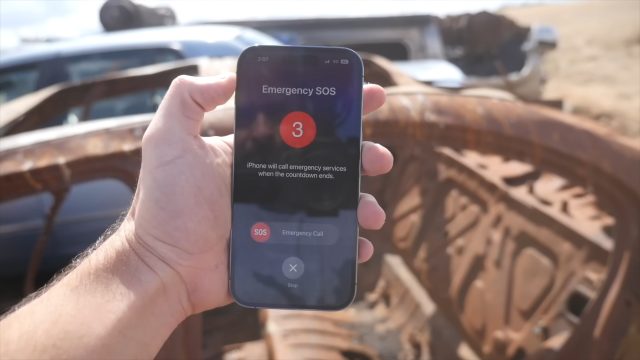 One of the few new features of the iPhone 14 series is the satellite emergency call feature. Users in the US and Canada can call emergency services even when they don’t have phone coverage, and can call for help if they’re in danger. Just launched a few weeks ago, the new feature has already saved the life of one user in Alaska.

Emergency call on iPhone 14 has already been used successfully

Apple recently enabled the feature, which was not available at the launch of its new phones. When using Emergency SOS, you have to answer a few predefined questions, such as whether you’re injured, or if you have drinking water available. At the end of the questionnaire, users are instructed to keep their phone aligned to satellites with on-screen directions and send their answers, along with GPS coordinates to emergency services. At the moment, the service is free, but Apple suggests it will be for a fee in the future.

Read:  Facebook Messenger will have a new "Calls" tab

Alaksa emergency services have already managed to rescue an iPhone user who called Emergency SOS via satellite on December 1:

“On December 1, 2022, at approximately 2:00 am, Alaska State Troopers were notified that an adult male, traveling on a snowmobile from Noorvik to Kotzebue, activated Apple iPhone Emergency SOS via satellite on his phone after getting stuck. Working with local search teams, Apple Emergency Response Center and Northwest Arctic Borough Search and Rescue Coordinator, NWAB SAR activated the search with volunteers in the area of Nimiuk Point indicated by the GPS coordinates provided by Apple Emergency Response Center. The adult male was located and transported to Kotzebue by the volunteer search team. No injuries were reported to the officers.”, Alaska Department of Public Safety officials said.

Read:  SpaceX drops Starlink subscription price in Romania to less than half the original price

Since much of Apple’s presentation focused on user safety features such as Emergency SOS satellite and crash detection, it’s heartening to see that these technologies really do work and can help save lives.