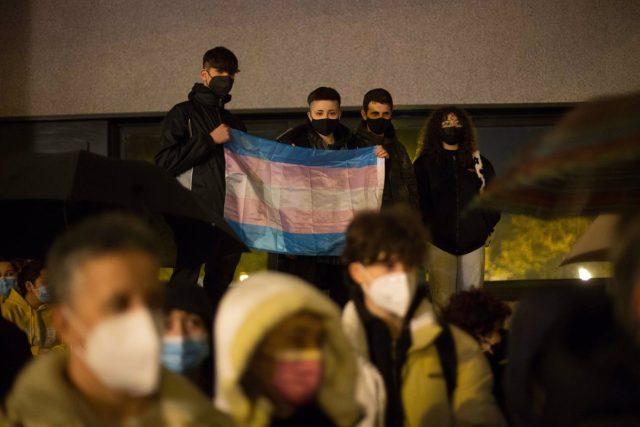 The Republican legislators of the US state of Utah voted this Friday in favor of a bill that prohibits trans students from competing in sports aligned with their gender identity, after the veto of the Republican Governor Spencer Cox left this project without effect last March 4.

The bill that prohibits this practice was approved by both chambers of the state on March 4 after a last minute amendment that left LGBTI rights activists “blinded” and “devastated”.

Cox later vetoed the legislation, citing high suicide rates among trans youth. However, during a special session this Friday, Republican lawmakers have reached the two-thirds threshold to override the governor’s veto and revive the bill.

“Governor Cox has been right to veto this overreaching and intrusive bill. The actions of the Utah legislature today are nothing more than an act of intimidation, seeking to hurt trans students who are just trying to be themselves. Everyone should be able to play sports,” the National Center for Transgender Equality said in a statement, lamenting that the project has finally gone ahead.

Earlier this week, in an emotional letter to the president of the Senate and the House of Representatives, Cox wrote that he was vetoing the legislation because he wanted children to “live.”

Cox argued that of the 75,000 students who participate in sports in Utah high schools, four are openly trans and only one student plays on an all-girls team.

Read:  Rushdie speaks to investigators as he remains hospitalized in New York City

“Four students and only one playing women’s sports. That’s what it’s all about,” he wrote. “Four who are not dominating or winning trophies or getting scholarships. Four who are just trying to find some friends and feel like they are a part of something,” the Utah governor said in a letter shared on social media.

Last February, the governor of South Dakota, Kristi Noem, signed a similar law that prohibits the participation of trans athletes in female sports in the state’s educational centers.

For the governor, the approval of the so-called ‘Law 46’ is an example of “equity”. “Biological women must be protected so that they compete on equal terms, without disadvantage, to enjoy opportunities for success,” she declared after the signing, in comments collected by Fox News.