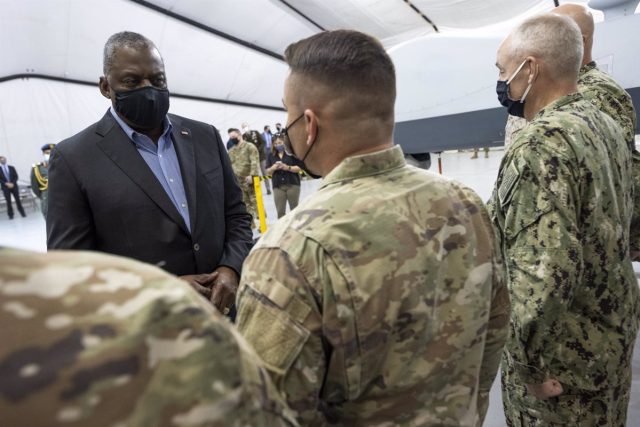 The Secretary of Defense of the United States, Lloyd Austin, has ordered this Saturday the “temporary repositioning” of 160 members of the Florida National Guard deployed in Ukraine since the end of November as military instructors.

“These troops, assigned to the 53rd Infantry Brigade Combat Team, have been advising and training Ukrainian forces as part of the Multinational Joint Training Group for Ukraine,” according to a Pentagon statement reported by the ‘Washington Post’.

These troops will be redeployed to an unspecified “elsewhere” in Europe as a “precaution” in the face of the critical situation in Ukraine, given the accumulation of the Russian military on the border with a view to a possible invasion, which Moscow categorically rejects.

Read:  Former President Gotabaya Rajapaksa may return to Sri Lanka this Saturday, according to media reports.

“This repositioning does not mean a change in our
determination to support the Armed Forces of Ukraine, but
provides flexibility in providing assurances to our allies and deterring aggression,” the note concludes.

In the last hours it has been known that the United States has ordered to send some 3,000 additional troops to Poland to reinforce this front as tensions between Ukraine and Russia increase and Washington fears that an invasion may take place in the short term.

Thus, infantry troops from North Carolina will leave for Poland in the coming days and are expected to arrive at their destination early next week, according to information from a senior Defense Department official, reports the newspaper ‘The Hill’.