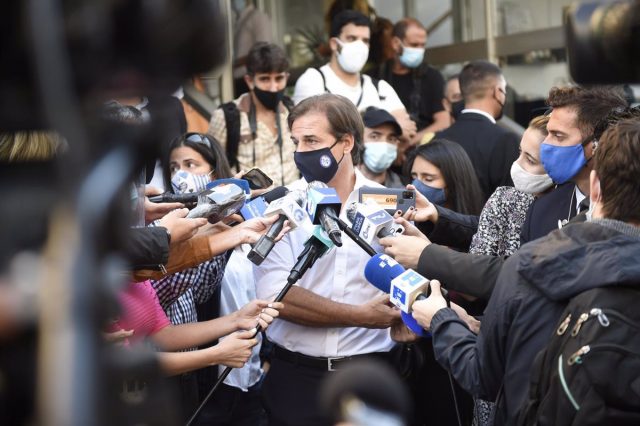 The president of Uruguay, Luis Alberto Lacalle Pou, is the president of the Latin American region with the highest percentage of approval by public opinion, with 74 percent, according to a survey conducted by Ipsos.

In turn, the Uruguayan country presents the best economic evaluation in the area. In addition, it is the country where most respondents believe that inflation will be reduced in the next twelve months.

Behind Lacalle — who has been in office for more than two years — is his Chilean counterpart, Gabriel Boric, with 49 percent approval. Boric, for his part, has only been in office since March of this year.

Both Lacalle and Boric are the leaders of the only two countries whose inhabitants consider them to be “full democracies.”

On the other hand, the presidents who have registered a lower approval rating are Nicolás Maduro, of Venezuela, with 5 percent; Miguel Díaz-Canel, of Cuba, with 14 percent; Pedro Castillo, of Peru, with 15 percent; and Alberto Fernández, of Argentina, with 19 percent.

In addition to the fact that these four leaders do not exceed twenty percent approval, each country has the worst economic evaluation and the worst inflation expectation.

The people consulted have described Cuba and Venezuela as “authoritarian regimes”. The rest of the countries in the region were considered “hybrid regimes”.

The main challenges for the region are economic growth and job creation — 64 percent — and reducing inflation and stabilizing the economy — 56 percent. At the bottom of the list are improvements in health and education, with 12 percent and 18 percent, respectively.

This poll was conducted among 297 people between July 14 and August 8 of this year.