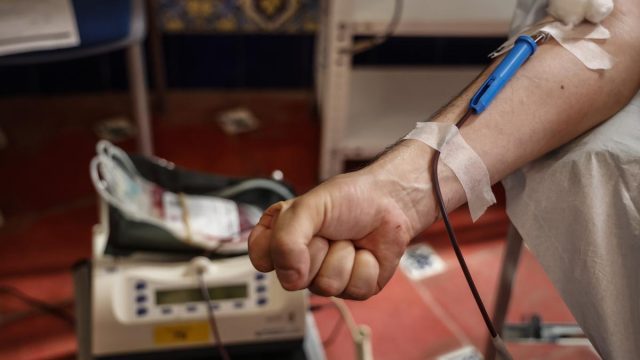 About British researchers have transfused for the first time laboratory-grown blood to healthy volunteers, in a groundbreaking study that could revolutionize the treatments for people with blood problems.

Ashley Toye, an academic at the University of Bristol in England, said in a statement released Monday that this clinical trial “is a major step toward making blood from stem cells.” although he specifies that further studies will be needed to verify the feasibility of the process.

So far, two people have received red blood cell transfusions grown in the laboratory (the equivalent of one or two teaspoons of blood), in the so-called ‘Restore’ study, involving several British universities and health organizations. Both were closely monitored and no adverse side effects were detected, the release noted.

Read:  Found a treatment that improves the effectiveness against a type of anemia

Like part of the clinical trial, a minimum of 10 participants will receive two mini-transfusions at least four months apart, one of normal donated red blood cells and one of those cultured in the laboratory.

The experiment attempts to determine the lifespan of young, laboratory cultured cells vs. standard transfusions from donors, containing cells of different ages.

The researchers point out that, if it is proven that the blood cells cultured in the laboratory last longer in the body, “it is possible that patients who need blood regularly would not require transfusions as frequently.”

The blood cells were made from stem cells from donors recruited from the database of the National Health Service (NHS) of the United Kingdom.

The authors maintain that the culture of red blood cells could “revolutionize treatments for people with blood disorders such as sickle cell disease or with unusual blood types.”

The assay “is a first step towards laboratory red blood cells being produced in the future as a clinical product”, although their use would be at least initially for “a very small number of patients with complex transfusion needs,” they note.