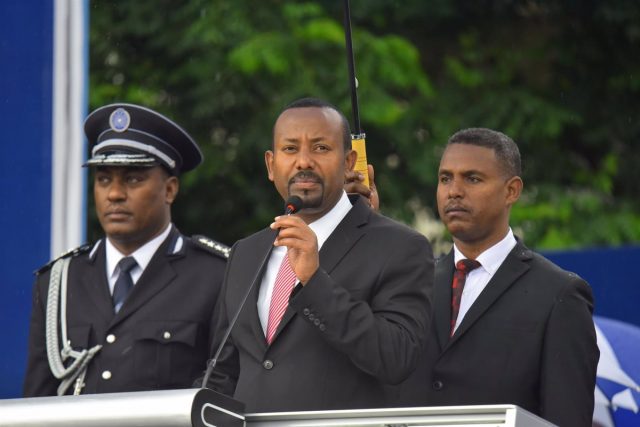 United Nations investigators have denounced possible war crimes and crimes against humanity in the context of the conflict unleashed in November 2020 in the Ethiopian region of Tigray (north) and warned that the upsurge in fighting in recent weeks could lead to “new atrocities”.

The UN International Commission of Human Rights Experts has indicated in its report that “there are reasonable grounds to believe that violations such as extrajudicial killings, rape, sexual violence and starvation of civilians as a means of warfare have been committed in Ethiopia since November 3, 2020.”

“The commission finds prima facie evidence to believe that, in multiple instances, these violations amount to war crimes and crimes against humanity,” he has highlighted.

Thus, it has detailed that among its findings are “reasonable grounds” to believe that the Ethiopian Army was behind an artillery attack on November 28, 2020 against Tigray’s capital, Mekelle, which caused casualties among the civilian population.

“Ethiopian Army soldiers committed widespread extrajudicial killings, rape and other forms of sexual violence and looting during the seven-month period between November 28, 2020 and June 28, 2021,” it has charged.

It has further pointed to the Army as responsible for a January 2022 drone strike on a displaced persons camp that killed and injured 60 civilians, before holding the Tigray People’s Liberation Front (TPLF) responsible for killings, rapes and looting in Kobo and Chenna between August and September 2021.

Researchers have charged that sexual and gender-based violence, and in particular rape, has been perpetrated “on an overwhelming scale” since the beginning of the conflict. “While different communities have been affected, Tigrayan women and girls have been victims of particular violence and brutality,” he has lamented.

In this way, he noted that “rape and sexual violence against Tigrayan women and girls was widespread when the Army was in control of large parts of the Tigray region” and revealed that although more than 1,000 complaints have been received, Tigrayan authorities believe the figure could be “significantly higher.”

“Many of the rapes documented by the commission were gang rapes perpetrated by members of the Ethiopian Army, the Eritrean Army or (Amhara militia) Fano,” he has detailed.

“In some cases, the perpetrators held the victims captive as sex slaves for days or weeks, subjecting them to repeated rapes. The women were raped in front of their children or other family members,” he said, before stressing that these acts “were often accompanied by other forms of violence aimed at humiliating them.”

The investigators have further stressed that “Tigrayan forces have also committed acts of rape and sexual violence” and has detailed that “many of these acts took place when Tigrayan forces took control of parts of Amhara from August 2021.”

“Women and girls have said they were raped or gang raped by Tigrayan fighters in their homes during raids or when hiding with friends or relatives,” they have said. “In many cases, Tigrayan forces told their victims that the rapes were revenge for the widespread rapes of Tigrayan women and girls,” they have added.

“Tigrayan forces have also committed acts of rape or sexual violence against Eritrean refugees. This includes the rape of two refugees, including a child, as they fled their camp in 2022,” they have outlined in their report.

Moreover, they have highlighted that nearly 20 million people are in need of humanitarian aid and protection in Ethiopia, three-quarters of whom are women and children, while the conflict in the north in Ethiopia has resulted in displacement, destruction is essential infrastructure and lack of basic services.

The commission has indicated that there is also “prima facie evidence” to suggest that “the federal and allied regional governments have implemented a range of measures designed to systematically deprive the people of Tigray of materials and services essential to their survival, including health, shelter, water, hygiene, education and food.”

Read:  Russia strengthens its military deployment on the border with Ukraine

It has therefore called for a thorough investigation into the “large-scale killings” in Tigray and Oromia – where the Oromo Liberation Army (OLA) has been accused of numerous attacks – as well as the TPLF’s “indiscriminate attacks” on villages in Afar and the killing of civilians by Afar forces.

“The commission is deeply concerned by its findings because they reflect a deep polarization and hatred along ethnic lines in Ethiopia. This has created a disturbing cycle of extreme violence and revenge that raises the imminent threat of more pronounced atrocities,” it warned.

In this regard, he said there is currently a “spread of hate speech,” “a politicization of identity,” “a proliferation of local militias and other armed groups,” “particularly dehumanizing types of violence inflicted on civilians based on their identity,” “tight controls on channels of communication, including Internet blockades,” “arbitrary arrests on ethnic grounds,” and “obstruction of humanitarian access and attacks on humanitarian workers.”

Thus, it has called for an “immediate end to hostilities and human rights violations,” measures to protect civilians and the cessation of “all activities that could trigger atrocities, including the dissemination of hate speech.”

The commission has also called on the Ethiopian government to ensure unrestricted access to humanitarian organizations, to “commit” to a peace process and to “investigate and bring to justice members of its forces responsible for serious human rights violations.”

Finally, it has called on Eritrea to likewise investigate Eritrean military personnel responsible for abuse and has asked the TPLF to “fulfill its responsibility to ensure that humanitarian agencies can operate unimpeded in Tigray,” commit to a peace process, and likewise ensure accountability among its forces for the aforementioned abuses.