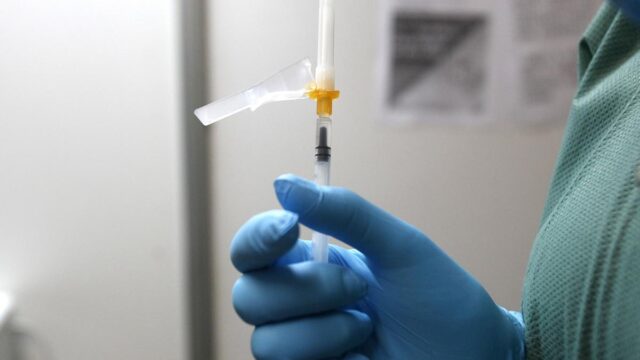 The indicators that measure the covid-19 propagation in Spain continue stable and decreasing after the Christmas holidays, with 3,505 patients admitted linked to infection “with or by” covid-19, which translates to a hospital occupancy of 2.7%. and a declining incidence of 124 cases per 100,000 population.

According to data from the Ministry of Health, in the last week there are 15 fewer patients in the hospitals and a total of 222 in intensive care units (231 seven days ago), i.e. a 2.5% occupancy.

The health data are published in the midst of saturation in the emergency rooms of large hospitals in at least eight communities and which is caused by, according to unions and medical associations, the lack of human resources, the consequent referral of patients from primary care, the still high incidence of respiratory diseases and health problems due to lower temperatures.

On the incidence of respiratory diseases as a whole, in which covid-19 is included, has declined in the last month from 858 to 567 cases per hundred thousand population, but still remains at a high threshold, in line with the seasonal peaks produced by different types of viruses.

Read:  these are the affected brands

Specifically, the incidence of covid-19, which is measured in the. citizens older than 59 years of age, is 124 cases per 100,000 population, but experts and epidemiologists estimate that the transmission rate is significantly higher given that fewer antigen tests are performed because of the lower severity of the disease. in a context of high level of vaccination and successive exposure to the virus since 2020.

Thus, the data available to the Health Department for measuring the health impact of the advance of new omicron variants such as the BQ.1 (and derived sublineages) or the XBB.1.5, found in the United States and that in Spain is still sporadically detected, point to a context of indicators that remain within a normal range.

Read:  Tips against the heat wave

It is estimated that out of the 3,505 patients admitted, the 50% are admitted for complications related to to health problems due to covid-19 infection, while the rest have been diagnosed with the infection, but the cause of hospitalization is different.

However, both Sanidad and the health authorities continue to call for the caution for the most vulnerable groups such as the chronically ill or older citizens, as well as to advance in the fourth doses of the covid-19 vaccine, a rate that remains low in Spain.

The number of deaths linked to covid-19 in the last week amounted to 93 (117,413 since the beginning of the pandemic) and the mortality records, calculated on the population in which the virus has a greater impact (over 60 years of age), indicate that the case fatality rate remains at 3.6%. and in less than 0.8% for the population as a whole.