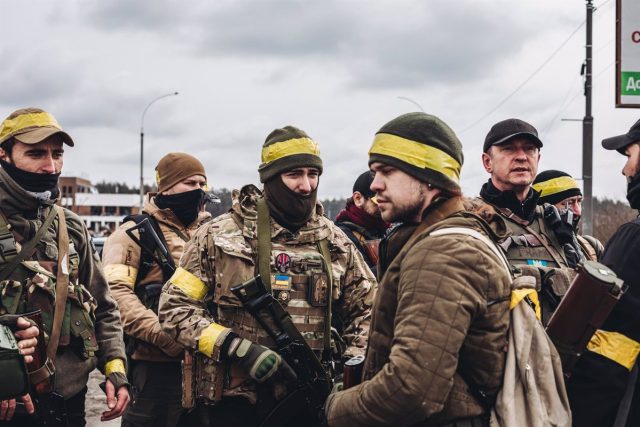 The Ukrainian Armed Forces have reported this Friday that they have managed to liberate five sectors of the Chernigov region, in the north of the country, and have seized several armored vehicles belonging to the Russian Army while “panic” spreads among the “ranks enemies”.

Read:  The United States orders its non-essential diplomatic personnel to leave Shanghai due to the increase in COVID-19 cases

In a statement, the Northern Operational Command has stressed that the Russian forces “are not capable of fully carrying out their military operations” and has pointed out that there is “panic” among the commanders, who fear they have been abandoned to their fate by the senior Army officials.

“As a result of this, we have the Ukrainian state flags waving and two armored vehicles in various areas of Chernigov that have been recovered from Russian hands. Now they will serve the Ukrainian people,” says the text, spread through Facebook.

Shortly before, the Armed Forces have reported that they have managed to expel Russian troops from Dergachi, in the Kharkov region, to regain control of the territory.

Read:  UK believes "legitimate" for Ukraine to attack targets on Russian soil to disrupt its logistics

This same Friday, the British Ministry of Defense has warned that Russian troops are preparing a new offensive against Kiev, the capital, in the coming days.

The UK authorities consider that Russia is “reloading its resources to resume the offensive”. “This will include operations in Kiev,” the ministry said in a statement.