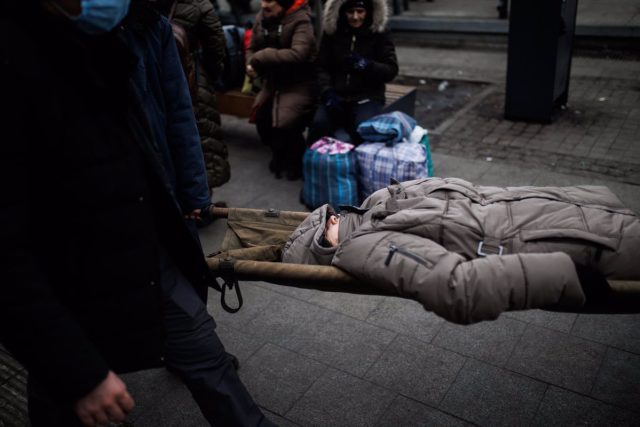 A woman who came from Kharkov is carried on a stretcher on March 4, 2022 at the Lviv train station (Ukraine) – Alejandro Martinez Velez – Europa Press

The head of the Investigation Department of the General Directorate of the Ukrainian National Police in Kharkiv, Sergei Bolvinov, reported this Saturday that 266 civilians have died in that Ukrainian region since the war began on February 24.

Among the civilians who would have died from the bombing by Russian troops are 14 children, as reported by Bolvinov in a statement shared on his Facebook account, which has also announced three deaths in the last 24 hours.

Read:  44 bodies found in the rubble of a destroyed building in Izium, in the Kharkov region

Kharkov, a city located in northeastern Ukraine with a population of 1.5 million before the Russian invasion of Ukraine, is under siege by Russian troops. In addition, this Saturday the city has been bombed and several residential buildings have been hit by missiles, according to the Ukrainian agency Unian.