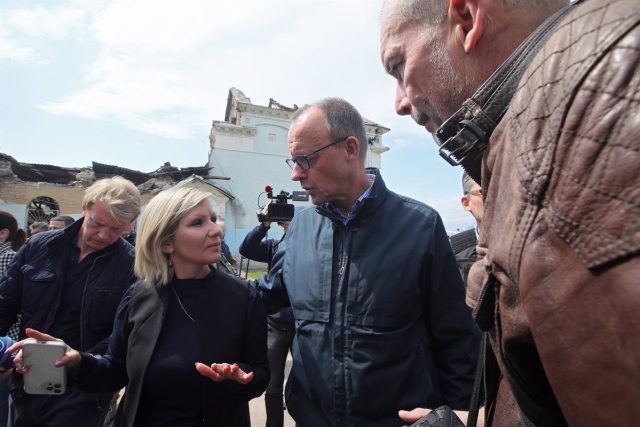 Ukrainian Prime Minister Denis Shmihal thanked the German opposition leader, Christian Democrat Friedrich Merz, on Tuesday for the military aid provided by the country in the war with Russia.

During his visit to kyiv, Merz stressed the need to tighten sanctions and support Ukraine’s status as a candidate to join the European Union, while thanking the military aid provided by Germany, Shmihal said on Twitter.

Before this meeting, the Ukrainian Prime Minister also thanked the rest of the international community for the support they have been offering since the first Russian tanks crossed the border on February 24.

“Ukraine has already received 4.5 billion euros from our international partners and friends. Over the past week, 500 million dollars came from the World Bank,” Shmigal stressed.

The Ukrainian Prime Minister stressed during the last meeting of the Council of Ministers that this aid is a subsidy, so it will not have to be repaid. In this sense, he has indicated that this generosity will serve to support new assistance and social assistance programs.

Read:  At least three peasants killed after a shooting in the Colombian department of Bolívar