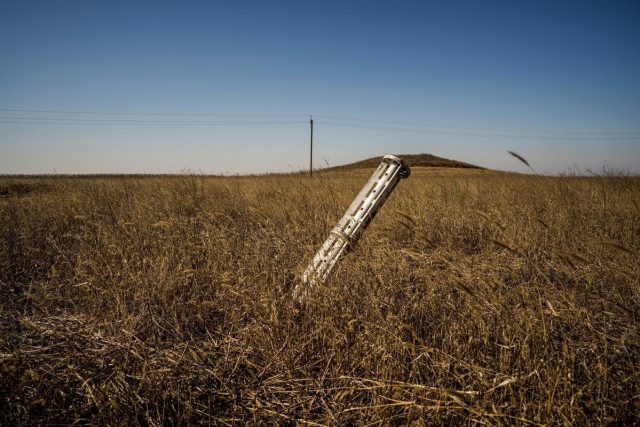 The Ukrainian Ministry of Infrastructure has confirmed on Friday that ten ships are already loaded with grain and ready to sail from Ukrainian ports in the framework of the agreement for food exports reached between Russia and Ukraine with the mediation of Turkey and the United Nations.

The President of Ukraine, Volodimir Zelenski, accompanied by representatives of the G7, Turkey and the UN, has checked ‘in situ’ the loading process of these first ships in the ports of Odessa and Chonomorsk, as detailed by the aforementioned ministry in a publication on its Telegram channel.

In total, 17 ships have already been loaded, ten of which are already in a position to set sail, thus starting the first food exports from Ukrainian ports since the outbreak of the war, launched at the end of February on the orders of Russian President Vladimir Putin.

Read:  An armed suspect is arrested near the home of a United States Supreme Court judge

“For the first time since February 24, work has resumed at Ukrainian seaports. The ships, which were loaded with grain during the winter, are ready to leave as soon as our partners, the United Nations and Turkey agree on a ‘humanitarian corridor’ in the direction of the Bosporus,” said Infrastructure Minister Oleksander Kubrakov.

Minister Kubrakov praised Ukraine as “the guarantor of world food security”, and stressed that “everything possible” has been done from Kiev to start exporting grain as soon as possible.

Russia, Ukraine, Turkey and the United Nations agreed last week on the departure of food ships from Ukrainian ports through the Black Sea to the Bosphorus Strait in Turkey, where a joint coordination center has been established, including representatives of the three countries and the UN.

Ukraine pledged to guide ships through waters that have been mined while Russia promised not to target ships or certain port infrastructure in its neighboring country.

According to information provided by the authorities of Ukraine, a country considered to be the ‘breadbasket of Europe’, more than 20 million tons of grain blocked since the outbreak of the war are waiting to be exported.