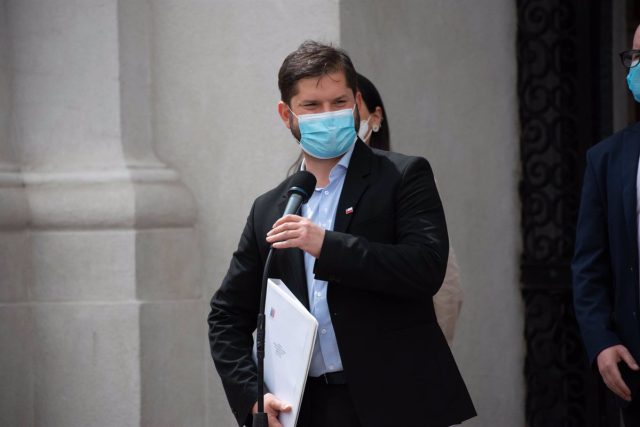 Chile’s president-elect, Gabriel Boric, has set a series of salary caps and has put in place a restriction on the hiring of relatives at La Moneda.

The measures focus on the honorary salaries of the employees of the Chilean government headquarters and in the so-called positions of exclusive trust.

In the case of fees, they may not exceed 50 or 65 percent –in the event that they are employees with a postgraduate degree and at least 15 years of experience in public service– of the land of the undersecretary of each ministry.

The document, picked up by the Chilean press, indicates “rules of austerity and transparency for the hiring of personnel (…) it is a first step within the more global commitment that we assume to design and implement a remuneration system within the Administration of the State that allows reducing the current gaps, establishing limits to high incomes”.

Regarding positions of exclusive trust, they will be restricted from the third to the fourth degree of consanguinity, including cohabitants.

The order says that there is “enormous distrust in the institutions that we live in, it is necessary not only to strictly comply with the current law, but also to pay attention to the flanks that the current regulations leave and prevent possible risks that further damage trust. of the people in the state.

Boric, who won the second round of elections against far-right candidate José Antonio Kast with about 55 percent of the vote, is expected to take over the Chilean presidency on Friday.