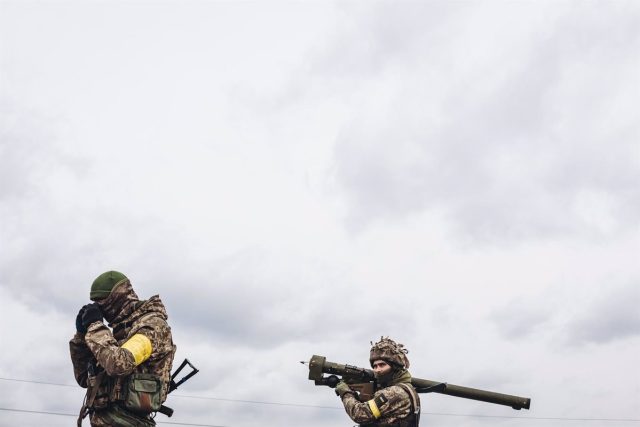 The Ukrainian Army has estimated this Wednesday at about 29,500 the number of Russian soldiers killed since the beginning of the invasion, without Moscow having provided figures for several weeks, in the framework of a conflict unleashed on February 24 by order of the Russian President Vladimir Putin.

The General Staff of the Ukrainian Army has indicated in a message on its account on the social network Facebook that so far “about 29,450” Russian soldiers have died, including one hundred during the last 24 hours.

Likewise, it has highlighted that since the beginning of hostilities, 1,305 battle tanks, 606 artillery systems and 201 self-propelled and armored multiple rocket launchers have been destroyed.

Read:  New explosions in the Russian city of Belgorod

The Ukrainian Army General Staff has indicated that 206 aircraft, 170 helicopters, 93 anti-aircraft defense systems, 2,217 vehicles and fuel tanks, thirteen boats and 491 drones have also been destroyed, while 112 cruise missiles have been shot down.

“The Russian enemy suffered the greatest losses during the last day in the Limen direction,” he said. “The data is being updated. Hit the occupier. Let’s win together. Our strength is in the truth,” he stressed.

In other matters, he pointed out that “the Russian enemy has intensified the use of aircraft to support the offensive of its ground group”, while “up to seven battalions of the Armed Forces of Belarus continue to carry out tasks to strengthen the protection of the border between Belarus and Ukraine in the areas of Volin and Polissia”.

Read:  Manuel Valls will present himself to parliamentarians in France for Macron's party

“The threat of missile attacks and enemy bombing from Belarusian territory has not disappeared,” he stressed, before denouncing that Russian forces “intensified hostilities” towards Liman, as part of an attempt to take control of the Pasika town.

On the other hand, he has reported that “with the support of artillery fire, the Russian occupiers are carrying out an offensive in the direction of Severodonetsk, where the fighting continues.” Lastly, he has denounced that Russia continues its offensive operations in the direction of Bakhmut and that it has attacked military positions and civil infrastructure in various locations around Avdiivka with mortars and artillery.