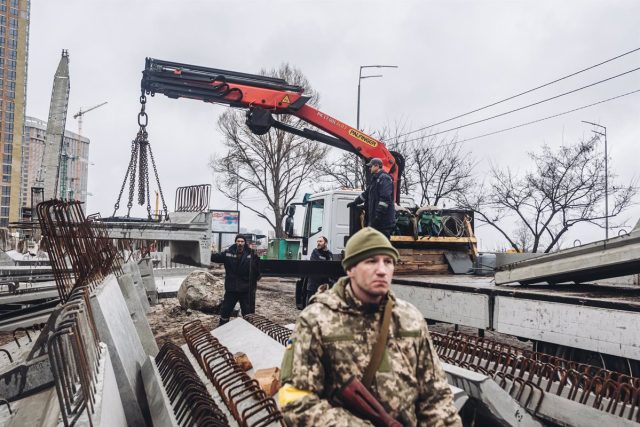 The Ukrainian authorities have denounced this Thursday the death of more than 50 civilians by Russian attacks during the last day against the city of Chernigov, within the framework of the offensive launched by Moscow on February 24 by order of the Russian president, Vladimir Putin. .

Read:  Russia orders the closure of the consulates of Estonia, Latvia and Lithuania for their "hostile" measures

“We are suffering great losses. Yesterday, the bodies of 53 of our citizens, who died at the hands of the Russian aggressor, arrived at the city morgues. We will avenge the death of each of our citizens,” said the head of the Chernigov State Administration, Viacheslav Chaus.

“The Ukrainian Armed Forces continue to deal devastating blows to the enemy’s Armed Forces. When the forces are not in populated areas, the enemy panics and suffers heavy losses,” he said, as reported by the Ukrainian news agency UNITED.

For his part, the mayor of the city, Vladislav Atroshenko, has indicated in statements to the RBC-Ukraine television network that the offensive against Chernigov is bringing the town closer to a humanitarian catastrophe, before detailing that there is no electricity or water since days ago.

Read:  Guterres reiterates the need to silence the weapons in Ukraine before the outbreak of a "three-dimensional crisis"

“During the last day and a half, the intensity of enemy attacks with all kinds of weapons against residential areas has increased significantly. There is no selection at all. The enemy strikes from everywhere and randomly against the entire city “, Atroshenko has denounced.