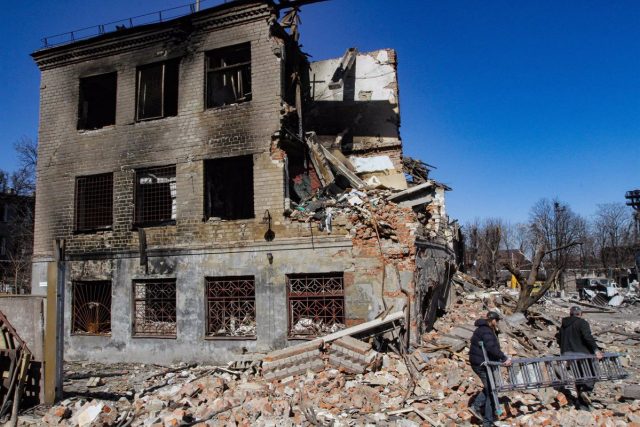 Ukrainian authorities have reported this Saturday of Russian rocket fire on several major cities in the south of the country, as fighting in parts of Ukraine has intensified.

Two to three “loud explosions” were heard in the city of Dnipro on Saturday night, the Ukrayinska Pravda portal reported, citing the regional administration.

The surroundings of the city of Krivoy Rog have been bombarded with rocket launchers. In addition, a gas station has burned down, according to the head of the local military administration, Oleksandr Vilkul.

Meanwhile, in the Black Sea port city of Odessa, several buildings have been hit by rockets overnight.

The Ukrainian president, Volodimir Zelenski, has confessed this week that he expected “violent Russian attacks” in the east of his country. “Russian soldiers are being taken to Donbas. Likewise in the direction of Kharkov,” Zelensky said in a video posted on Facebook, where he insisted that the situation in the country “remains difficult.”

This Saturday, the Undersecretary of State for Political Affairs of the United States, Victoria Nuland, will land in Europe to coordinate the response of NATO allies to “the violent Russian repression against its neighbor.”

Read:  Israel announces military exercises on the border with Lebanon

Nuland is expected to visit France, Germany, Turkey, Greece and Cyprus, the US State Department in Washington reported on Saturday.