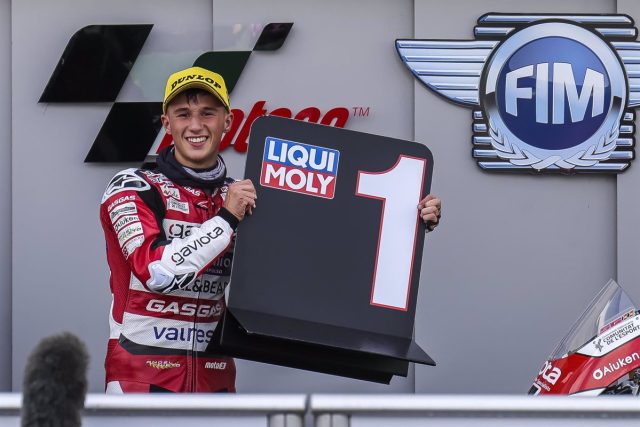 The Spanish rider Sergio García Dols (GasGas) won an epic victory this Sunday in the Moto3 race of the Argentine Grand Prix, the third round of the Motorcycle World Championship, after overtaking the Italian Dennis Foggia in the penultimate corner of the last lap ( Honda), which also snatches the leadership of the small category.

The man from Castellón, who arrived at the test in Termas de Río Hondo one point in the general classification from the transalpine pilot, kept calm after the latter overtook him at the beginning of the last lap and waited for his best opportunity to hit him back with an overtaking of book by the interior in the penultimate curve of the Argentine layout.

Thus, he crossed the finish line first ahead of the Italian and the Japanese Ayumu Sasaki (Husqvarna), who completed the day’s podium. With this, García Dols now leads the World Championship standings with 58 points, four ahead of Foggia and 30 over his compatriot and teammate Izan Guevara (GasGas), who was out of the race due to a breakdown.

All in an event in which the driver from Palma managed to get to the front after taking the position from García Dols, Saturday’s ‘poleman’, and who frustrated the mishap suffered with 12 laps to go. Since then, the man from Castellón dominated and, despite Foggia’s passing on the final lap, took his victory.