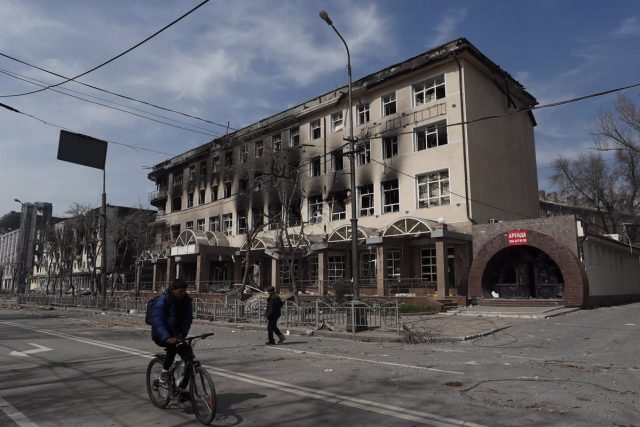 A damaged building in the city of Mariupol. – V Ictor / Xinhua News / ContactPhoto

The Secretary of State for the Armed Forces of the United Kingdom, James Heappey, has assured this Tuesday that Western countries have “all options on the table” to respond to Russia in case of having used chemical weapons in the city of Mariúpol.

In Heappey’s opinion, the use of chemical weapons “crosses all limits”, for which he has warned Russian President Vladimir Putin that “all possible options are on the table” if the West decides to retaliate.

Read:  Firearms become the leading cause of death for children and adolescents in the US

Speaking to Sky News, after the Azov Battalion — a far-right group under the Ukrainian Interior Ministry — accused Russia on Monday of using chemical weapons in Mariupol, Heappey acknowledged that, for the time being, the government The British have not yet been able to “verify” whether the attack took place.

The British Foreign Minister, Liz Truss, has detailed that the Executive is working with its allies to verify the details of the attack, according to the PA Media news agency.

Heappey also praised the “incredible heroism” of the Ukrainian Armed Forces in Mariupol and lamented the images left by the invasion in Bucha, Hostomel or Irpin.

The Azov Battalion on Monday accused Russian forces of using “a poisonous substance of unknown origin” against Ukrainian soldiers and civilians in Mariupol. This alert takes place in a context in which the Ukrainian Ministry of Defense has previously warned of the high probability that the Russian Army will use chemical weapons during its attacks.

The authorities of the self-proclaimed Republic of Donetsk, allies of Russia, assured on Monday that Russian forces took control of the port of Mariúpol, a key town due to its location.