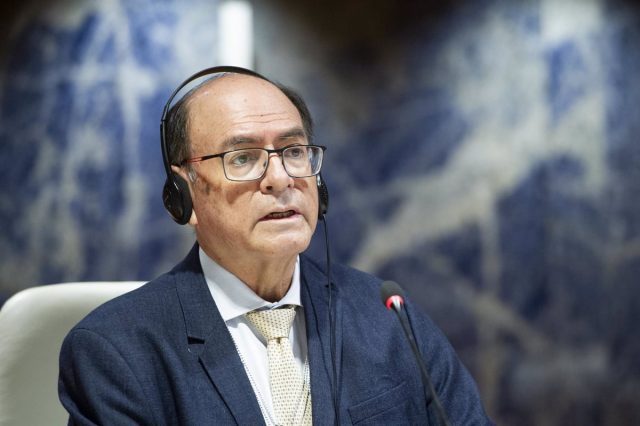 The Ministry of Foreign Affairs of Peru has reaffirmed Thursday its willingness to renew diplomatic relations with the Sahrawi Arab Democratic Republic (SADR), controlled by the Polisario Front, and reaffirmed its recognition of the self-determination of the former Spanish colony.

This was announced by the new Peruvian Foreign Minister, César Landa, after his predecessor withdrew recognition of the SADR by appealing to the “territorial integrity” of Morocco, giving as valid the autonomy plan presented by the king, Mohamed VI.

“The Ministry of Foreign Affairs reiterates the right to free self-determination of the Saharawi people, in accordance with Resolution 1514 of the United Nations General Assembly, the universal principles and postulates contained in the Charter of the United Nations, and respect for international law,” Landa said in a statement.

Read:  The Ukrainian Prosecutor's Office denounces 115 children killed and more than 140 injured by Russian attacks in the country

“Peru reaffirms the sovereign will (…) to renew its diplomatic relations with the Saharawi Arab Democratic Republic, in accordance with Official Communiqué No. 017-2021, dated September 8, 2021,” he added.

The previous head of the Peruvian diplomacy, Miguel Angel Rodriguez Mackay, withdrew recognition of SADR’s self-determination, although he was corrected shortly thereafter by the President of Peru, Pedro Castillo.

“A year after establishing diplomatic relations with the Saharawi Arab Democratic Republic, we reaffirm our persistence in the defense of its sovereign self-determination,” wrote the head of state from his Twitter account, as reported by the RPP channel.

Read:  Ukrainian authorities claim to have recovered 20 percent of Severodonetsk from Russian hands

After this disagreement, Rodriguez Mackay presented his resignation to Castillo, who shortly thereafter appointed Cesar Landa as the new Foreign Minister.