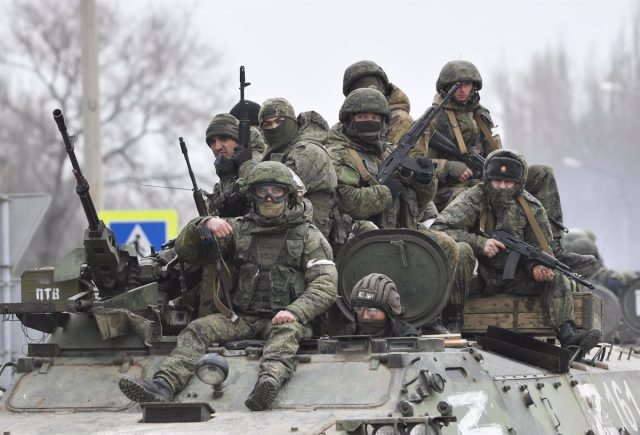 The intelligence services of the United Kingdom have confirmed this Friday that a fire has destroyed several oil deposits in the Russian city of Belgorod, near the border with Ukraine, and that there have also been explosions in an ammunition depot in the surroundings of the city.

This was announced by the British Ministry of Defense in a statement on its official Twitter profile a day after Russia accused Ukrainian troops of attacking several fuel depots in the border city.

Read:  Democratic Republic of the Congo declares its first Ebola outbreak of the year in the northwest of the country

“The likely loss of fuel and ammunition supplies from these depots is likely to add additional short-term strain to already strained Russian logistics chains,” the UK Ministry of Defense said.

Likewise, the Ministry has assured that supplies to the Russian forces surrounding Kharkov (60 kilometers from Belgorod) “may be particularly affected.”

The regional governor of the Russian city of Belgorod, Viacheslav Gladkov, accused the Ukrainian Army on Thursday of attacking a series of oil deposits in the town, before adding that the event had ended without victims.

Although the governor initially reported that at least one warehouse had been hit by “two helicopters of the Armed Forces of Ukraine that entered Russian territory at a low altitude”, the Emergency services confirmed at least two attacks that caused fires in at least eight tanks in the Belgorodnefteprodukt storage park, associated with the Russian state energy company Rosneft.

The governor also guaranteed that the attack will not affect the fuel supply in the region, since the authorities have begun to modify the supply chains from the Gubkin base station throughout the region, which may serve to cover the needs of its residents for “a period of five to 13 days.