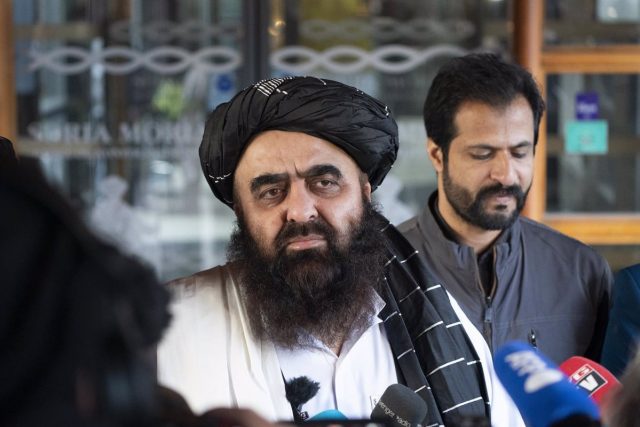 A U.S. government delegation held a meeting Thursday with Taliban representatives and mediated by Uzbek technocrats to discuss the release of 3.4 billion euros ($3.5 billion) of Afghan reserves to address the “urgent humanitarian situation” in Afghanistan.

The State Department said in a statement that the delegation, made up of high-level officials, stressed to the Taliban the need to accelerate work to get these funds to the Afghan people.

“The United States has expressed the need to address the urgent humanitarian situation in Afghanistan. Both sides have discussed ongoing efforts to ensure that the 3.4 billion euros in the authorized reserves of the Afghan central bank are used for the benefit of the Afghan people,” the brief wielded.

Read:  The Ukrainian Prosecutor's Office denounces 115 children killed and more than 140 injured by Russian attacks in the country

More than 8.5 billion Afghan euros have been held abroad since before the Taliban took over Afghanistan in August 2015, the vast majority of which were held in the United States.

Last February, U.S. President Joe Biden ordered the unfreezing of the €3.4 billion to facilitate humanitarian aid to the Central Asian country, after decades of conflict that culminated in the victory of the Taliban movement and the consequent suspension of international aid programs that remained in place with the ousted Afghan government.

The order is designed, the White House explained, “with the intention of opening a pathway for funds to reach the people of Afghanistan, while keeping them out of the hands of the Taliban and other malicious actors,” as the United States describes them, before recalling that sanctions are in place right now against the Taliban and their associates in the Haqqani network “for activities that threaten the security of Americans.”

In response, the Central Bank of Afghanistan recalled that such funds are necessary “to implement monetary policy, facilitate international trade and stabilize the financial sector” and that “the real owners of these reserves are the citizens of Afghanistan.”