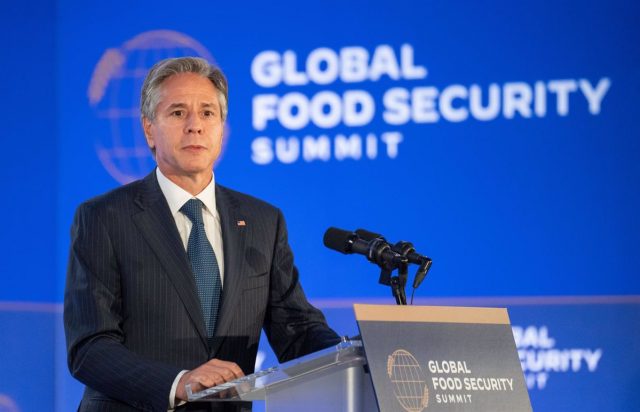 U.S. Secretary of State Antony Blinken has applauded Thursday the prisoner exchange negotiated between Ukraine and Russia and confirmed that among those released are two U.S. citizens “captured while serving in the ranks of the Ukrainian Army.”

“The United States appreciates Ukraine’s inclusion in the negotiations of all prisoners of war, regardless of their nationality, and we look forward to these American citizens being reunited with their families,” he said, before thanking Saudi Arabia “for helping to spearhead this humanitarian initiative and facilitating the return of ten foreign nationals, including the two Americans who have been received by the Embassy team in Riyadh.”

Read:  Putin's party introduces a law to exclude Russians abroad who do not maintain cultural identity

“Americans traveling to Ukraine to participate in the fighting face significant risks and the United States cannot guarantee their safety. We encourage U.S. citizens to devote their energies to the many other opportunities that exist to help Ukraine and its people,” he reiterated, according to a State Department statement.

Read:  Colombian authorities find a new corpse with signs of violence in the street

The Ukrainian government unveiled the prisoner exchange early Thursday, with Russia releasing 215 soldiers, of whom 108 belong to the Azov Battalion and ten others are foreign volunteers, in exchange for 55 Russian servicemen and pro-Russian oligarch Viktor Medvedchuk.

Earlier on Wednesday, UK Prime Minister Liz Truss announced that the ten released foreign prisoners of war included five Britons. The released Americans are Alexander Drueke and Andy Tai Huynh, both from Alabama, who enlisted in the Ukrainian Army and were part of the so-called Foreign Legion, made up of up to 55 different nationalities, as reported by ‘The Washington Post’.