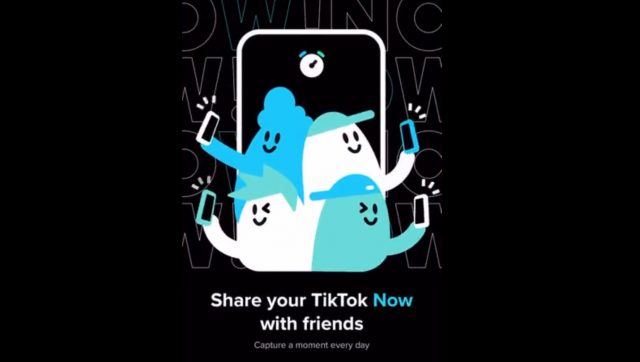 Integrated with the main TikTok app for users in the United States, but offered as a separate app for users in other regions of the world, TikTok Now is spreading fast, especially among younger audiences, emerging as a challenge where spontaneity is the key to success.

Launched on 18 September in 39 countries, TikTok Now is already one of the top 10 social networking apps in the world by number of active users. The app has also entered the top 100 mobile apps by number of installs.

Unlike other social media platforms, TikTok Now does not have a permanent archive of videos and photos, and its content is completely ephemeral, appearing more like a game you can play with friends and acquaintances.

This is the TikTok Now app on-boarding.

Once installed, the app triggers a notification message on your phone every day, asking you to take a photo or video (maximum 10 seconds) to share within the allotted time frame. You’ll also get notifications for posts shared by your contacts, but you won’t be able to see them unless you play the game yourself.

By comparison, the BeReal rival that TikTok seems to be plagiarising only allows you to post photos, not video content. At the moment, both apps are enjoying success and competing side-by-side.

For US users, TikTok Now appears as a separate tab in the TikTok app, added next to the main “For You” feed. For users in other regions of the world, however, participation in the ByteDance “experiment,” the company behind TikTok, requires the installation of dedicated apps.

Apparently, Instagram and Snapchat are working on implementing similar features in mobile apps, but it would appear that they have already lost the start of this race.

Read:  Excessive use of smartphone, possible cause for the accelerated mental decline observed in young people between 18 and 24 years