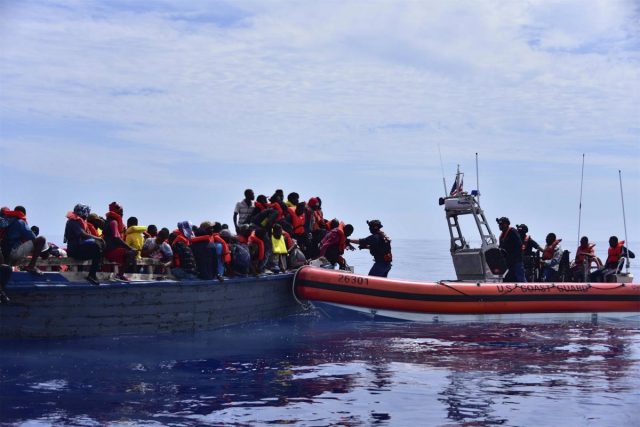 Miami firefighters and the U.S. Coast Guard have intercepted this Thursday a sailboat with more than 100 migrants near Boca Chita Key, on the south coast of Florida, United States.

At around 10:45 a.m. (local time), U.S. authorities found the vessel stranded on the sand, as reported by News Miami.

The Coast Guard has provided life jackets to the migrants aboard the sailboat to make sure they were safe.

“I’ve seen many Cuban rafts arrive before, but nothing of that magnitude,” said the fisherman, Car Ball who was at the scene.

Two women and a child have been transported to a hospital and one person on board is being medically evaluated and has been transferred to a Coast Guard vessel.

The U.S. Coast Guard has issued a statement on Twitter about the vessel, “Coast Guard is at the location of the stranded sailboat off Boca Chita. Currently, people are on the vessel safely and not in the water. We ask boaters to stay away from the area for safety reasons.”