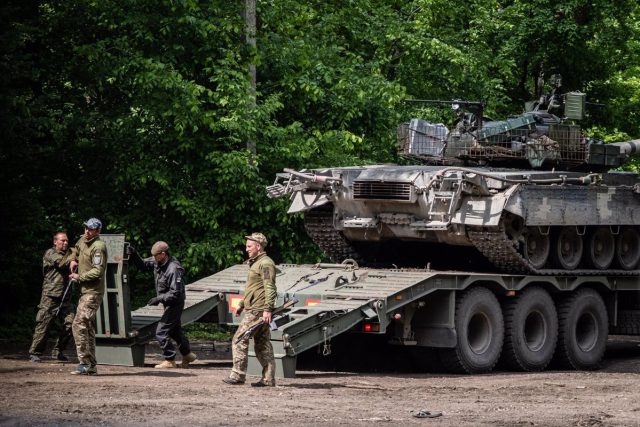 Follow here the latest on Russia’s invasion of Ukraine ordered by Vladimir Putin. This direct is active from May 24, 2022. If you want to see previous news, you can go back to this other direct.

The current situation of the war in Ukraine has been marked in recent days by the surrender of the last Ukrainian combatants in Azovstal, the steel mill in the city of Mariupol, the last stronghold of resistance in the city. The Russian government does not rule out that the Ukrainian fighters captured at the plant be exchanged for Russian prisoners in the future, a recurring request by the Ukrainian authorities.

Diplomatically, Russia has cut off gas supplies to Finland after it refused to pay in rubles. For its part, Lithuania has stopped importing Russian fossil fuels so as not to finance its “war machine” and Poland has announced the rupture of the agreement signed almost three decades ago with Russia for the use of the Yamal gas pipeline, which supplies gas to Europe. Even so, there is no unanimity in Europe on the sanctions against Russian energy: the Italian energy company Eni -whose effective control the Italian government has- will pay in rubles.

Read:  Haiti's prime minister breaks his silence to call for "calm" after days of unrest