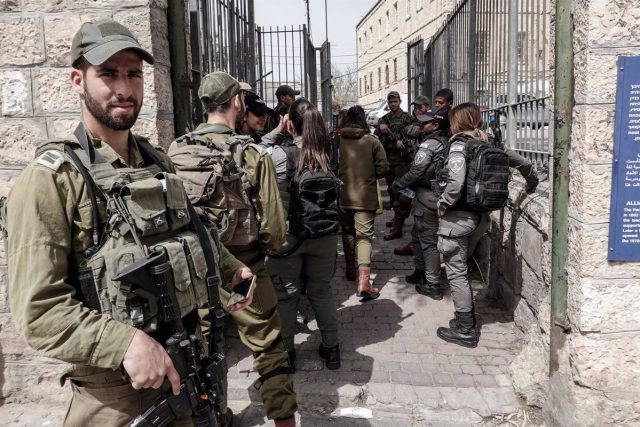 Israeli security forces have arrested two Palestinians suspected of killing three people with an ax and a knife on Thursday in an ultra-Orthodox Jewish religious community in Elad, on the outskirts of Tel Aviv.

The suspects –Asad Yusef Asad, 19 years old, and Subhi Emad Subhi Abú Shqeir (20 years old)– have been located in a wooded area near the place of the attack in an operation in which the Army, Police and the Israeli agency for internal security and in the Palestinian territories, the Shin Bet.

“A joint team spotted the two suspects near a quarry,” the three institutions explained in a joint statement quoted by The Times of Israel newspaper.

In addition, the Israeli security forces have published a video with agents shouting at the two men hidden in the vegetation and with the arrest itself. A second recording shows Al Rifai acknowledging his and Abu Shqeir’s involvement in the attack.

“What did you do there?” an agent asks. “An attack, an attack on Elad,” the suspect replies. The agent asks him what he did: “we attacked people, me and my friend Subhi,” he said. An ax was also found at the scene, apparently the one used in the attack. The two would be originally from a town located near Jenin, in the West Bank.

The Israeli Police Commissioner, Kobi Shabtai, has highlighted the police work: “we flooded the area with hundreds of police and military”, which “forced them to hide” and subsequently facilitated their capture.

He has also valued the work of the security forces. “We are at the beginning of a new phase in the war against terrorism. You cannot throw a match and run,” he stressed.

Meanwhile, Defense Minister Benny Gantz has praised the arrest of these “despicable” suspects and has warned that they will continue to pursue anyone who helped the attackers.

In recent months, 29 Israelis have been killed in attacks and 27 Palestinians in the violence and protests unleashed in response.