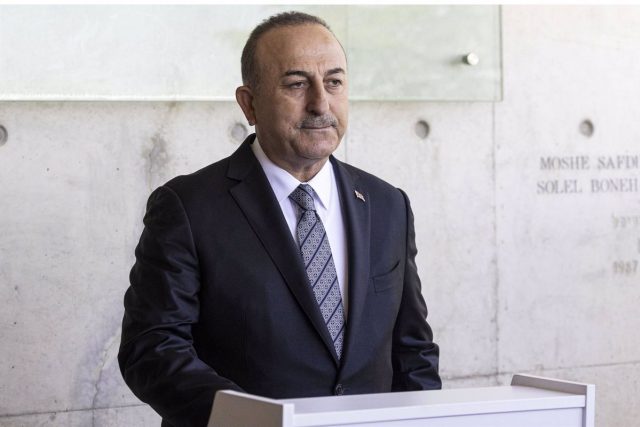 Foreign Minister Mevlut Cavusoglu said Tuesday that several member countries of the Atlantic Alliance, not only the United States, want the war between Russia and Ukraine to continue.

The head of the Turkish Foreign Ministry also explained, during an interview with Haber Global channel, that 33 ships have already departed from Ukraine thanks to the protection agreement signed last month in Istanbul between Ukraine, Russia, Turkey, and the United Nations.

Precisely this Tuesday early in the morning the Ministry of National Defense has reported on its official Twitter account that another ship has departed from the Ukrainian port of Chernomorsk, while noting that three vessels coming from Ukraine and three others to Ukraine will be inspected during the day this Tuesday.

Read:  Ukraine admits the death of 9,000 of its troops since the start of Russian offensive

The ships are crossing the Black Sea to the Bosphorus Strait in Turkey, where there is a joint coordination center in Istanbul, which includes representatives of the UN, Ukraine, Russia and Turkey, and is responsible for examining ships entering Ukraine to ensure that they are not carrying weapons or combat materiel.

The Turkish foreign minister has also pointed out during the interview with the aforementioned media that Greece “violates the rights of Turkish citizens of Western Thrace (European part of Turkey”, as well as the status of the Mediterranean islands.

“Greece should abandon these policies. If they cooperate, they should calculate neither their gains nor their losses,” Cavusoglu said after assuring Monday that in the last two years the Turkish side has saved the lives of 41,000 people.

“With the efforts of our Coast Guard, we have prevented deaths in the Aegean,” Erdogan said Monday during the graduation ceremony of the Gendarmerie and Coast Guard Academy in Ankara, local media reported.

Greece has accused Turkey of “illegally” carrying out hydrocarbon prospecting and exploration activities within a short distance of several of its islands. However, the Turkish government rejects the accusations and claims that the waters in which gas is being drilled on an experimental basis belong to the Turkish continental shelf.

Also, Turkish authorities accuse Athens of carrying out military maneuvers related to NATO and third countries on demilitarized islands, which is forbidden by the Treaty of Lausanne reached in 1923 and the Treaty of Paris in 1947. The Greek authorities claim that the military is in the area to prevent Turkish ships from approaching the Greek coast.

“The solution in the Eastern Mediterranean is fair revenue sharing. We have made the necessary notifications to both the UN and the European Union on this issue,” the Turkish foreign minister has concluded.