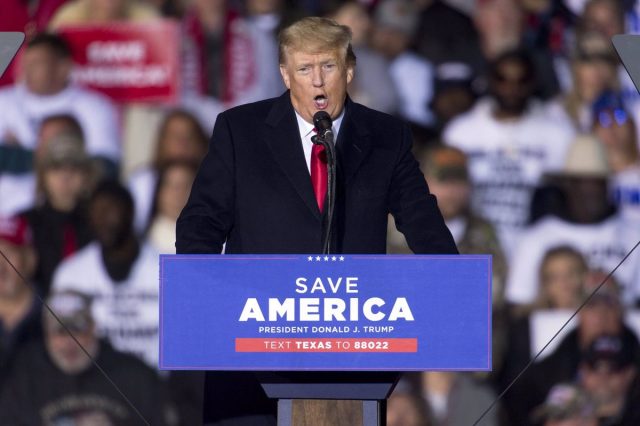 Former US President Donald Trump has hinted that he wanted his vice president, Mike Pence, to have annulled on January 6, 2021 the presidential election in which he was defeated by the current president, Joe Biden.

“Mike Pence had the right to change the result and (the Democrats) now want to take it away from him. Unfortunately (Pence) did not exercise that competence. He could have annulled the election!” Trump said in a statement published late on Sunday.

It is the first time that Trump has so openly supported the theory that Pence, as vice president and therefore president of the Senate, could have annulled the results in the states in which he considered that electoral fraud had been committed in favor of Biden, as Trump and his supporters maintain.

Read:  Borrell rejects total ban on entry of Russians into the European Union

“If the Vice President had ‘no right’ to change the results of the Senate presidential election, despite fraud and numerous irregularities, why are Democrats and Republicans in name only like ‘The Nutty’ Susan Colins desperately trying to pass a law that does not allow the president to change the results of the elections?” Trump said, according to the newspaper ‘The Washington Post’.

Trump is referring to the proposal to reform the Electoral Recount Law, a vague drafting rule that nevertheless clearly establishes that the vice president’s work is ceremonial and does not give him any power to annul the result of a presidential election.

Democratic congresswoman Zoe Lofgren has explained that the revision of the norm is due to the fact that it has become obsolete and that other congressmen have tried to take advantage of its “ambiguity” on certain issues. “But frankly I think that the functions of the vice president are not going to be touched”, she has affirmed in declarations to CNN.

Read:  Russia accuses the EU of having lost its independence and "following the trend" set by the US

Lofgren, who participates in the commission of investigation of the assault on the Capitol on January 6 perpetrated precisely by Trump supporters to prevent the certification of Biden’s electoral victory, has ironized that “then Kamala Harris – current vice president – will choose who will be the next president.”

For the Republican member of the House of Representatives, Adam Kinzinger, these words by Trump “are an admission (of guilt) and enormously anti-American statements.” “It is time for all Republican leaders to choose a side … Either Trump or the Constitution. There are no longer half measures in the defense of our nation,” he said on Twitter.