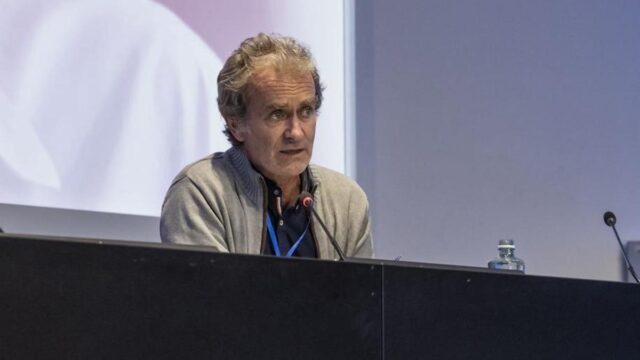 The director of the Center for the Coordination of Alerts and Health Emergencies of the Ministry of Health (CCAES), Fernando Simón, has assured this Wednesday that the end of the masks in transport will arrive “shortly” and within “very short” of time, for “next week or the week after”..

“The decision is not mine alone and the proposals come from the technicians, the experts and the autonomous communities….“The head of health alerts told journalists in Zaragoza, where he is participating in the round table “Truth and Lies, binary code of democracy”, organized by the LAAAB of the Aragonese Executive.

Up to now, the recommendation of the alerts paper was. to maintain them as a matter of prudence until the end of the acute infection season, approximately in March, and to await the impact of the outbreak of infections in China after the abandonment of the Covid zero strategy.

Read:  What is scabies and how is it spread?

But in recent weeks they have resumed the debate – which still continues – in view of the stability of the epidemiological situation in Spain, which the Christmas holidays has not altered, according to sources of this technical body to Efe.

In fact, Simon has indicated that what has happened in “the last few weeks in China has complicated the situation.”However, he pointed out that the withdrawal of the mask is imminent: “I believe that in a very short period of time, I don’t know if it will be next week or the week after, the obligatory use of the mask will be withdrawn”.

But the director of the CCAES wanted to make it clear that “the message is not that the mask is going to be removed, but that now the population has to be much more responsible.”.

“When we have symptoms we should use it responsibly and if we are at risk or vulnerable groups as well. We have to understand that our health affects the health of others in some way, especially when there is an infectious disease involved,” he added.

Public health care workers on strike: “We cannot take care of others if we are not well”.