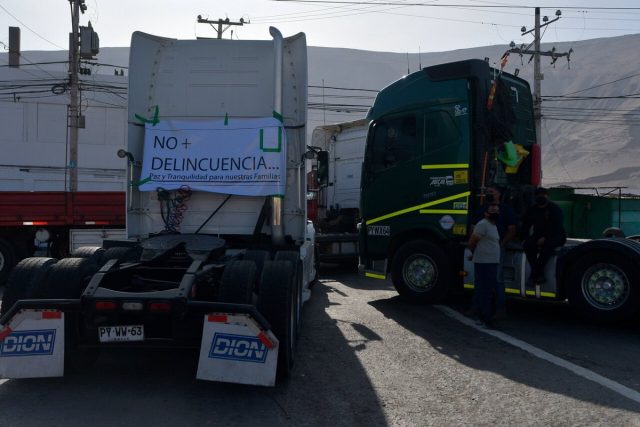 A group of truckers has blocked road access to the city of Iquique, located in northern Chile, on Monday morning, in protest at the increase in crime and the increase in insecurity in the area.

According to the protesters themselves, the roadblocks will last for hours and the protests have been joined by large business groups in the area, who have decided not to open their doors on this day, according to the television network T13.

The protests and blockades have also affected the Diego Aracena Airport in Iquique, as its accesses have been cut off and it has suspended its operations due to the impossibility of its employees accessing their jobs, the airport authorities have explained, according to the media. Cooperative Radio.

Read:  Hernández gives the surprise and the presidency of Colombia will be disputed with Petro in the second round

Some 4,000 people already participated this Sunday in a march against the increase in migration in the area in which, in addition, an attack on a Venezuelan migrant was recorded who had to be attended by Police and Navy personnel.

Chile recorded around 1.4 million migrants living in its territory in 2020, which account for seven percent of the population, according to official figures.

Officially there are some 500,000 people from Venezuela in Chile, although the figure could exceed 650,000 due to the people who are in an irregular situation and the thousands who have arrived during 2021.

Read:  Russia says it will 'not take into account' ICJ order to end Ukraine invasion