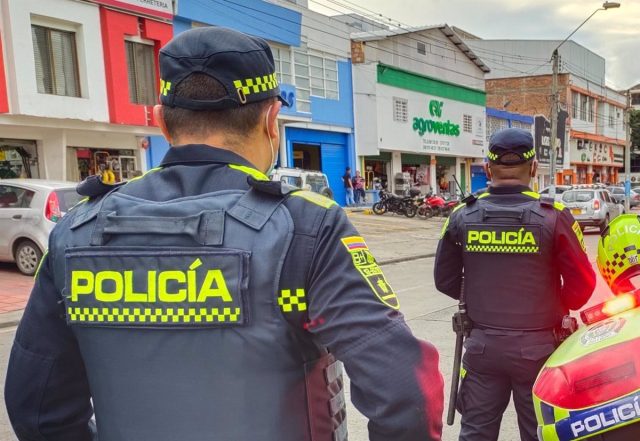 The Foundation for Press Freedom (FLIP) has denounced the arrest on Saturday in Barú, in Cartagena, in northern Colombia, of two journalists who were investigating the murder of Paraguayan prosecutor Marcelo Pecci, who was shot on May 10 in Barú when he was honeymoon trip.

The journalists, identified as Luis Ángel and María Luna Mendoza, were taken by agents to the Playa Blanca substation when they were reporting for the Brazilian newspaper ‘O Globo’.

FLIP has published a video in which the journalist can be seen struggling with agents while telling them: “I can do this. I’m not doing anything illegal, compadre. They’re going to get into trouble, into trouble.”

The woman has been released, but Luis Ángel continues to be detained in Barú, according to the Colombian network RCTV.

The Police have published a statement explaining that the events occurred while the agents were carrying out surveillance and control activities and observed a person recording, apparently, the police substation facilities.

“According to the first information, which is subject to verification, the personnel in service requires the citizen regarding this activity and proceeds to request their identification,” the note relates.

Read:  Maduro celebrates reestablishment of relations with Colombia with the arrival of Petro

“Because this person would have refused to allow the procedure, he was taken to the police facility to establish his full identity,” he continues, while clarifying that at no time was the citizen detained. “Once at the scene, he identified himself with his citizenship card and the document that accredits him as a journalist,” acknowledges the Police.

The result has been a fine for failing to comply, contempt, ignore and prevent the function or order of the Police. “The Institution is respectful of the freedom of the press and, at the same time, applies the norms contemplated in the framework of the law”, highlights the Police.