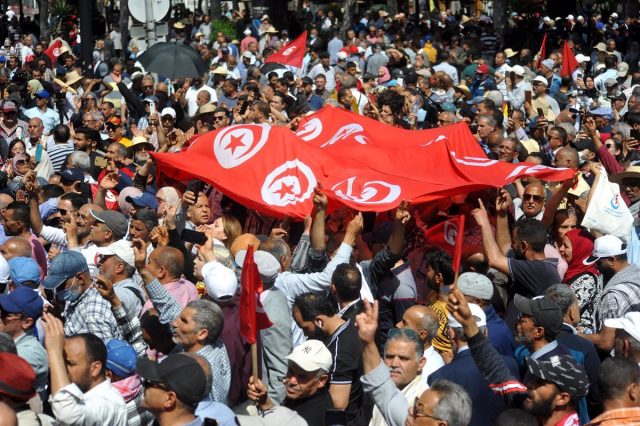 Thousands of people have taken to the streets of Tunisia again this Sunday to protest against President Kais Saied, who assumed all the powers of the State in March in a self-coup.

Supporters of the Islamist Ennahda party and activists from groups such as Citizens Against the Coup d’etat or the National Salvation Front have participated in the protest, according to eyewitnesses.

The opposition thus responds to the demonstration a week ago in the center of the Tunisian capital in which some 2,000 Saied supporters showed their support for the ruler.

Saied announced on March 30 the dissolution of Parliament, eight months after its suspension. The president has promised a constitutional referendum for July 25, 2022 and elections for December 17. The 2014 Tunisian Constitution only allows Parliament to be suspended for 30 days, a period that has been far exceeded.