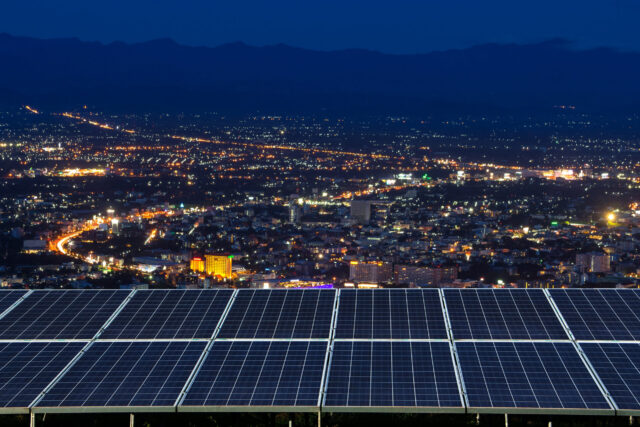 Solar panels are some of the most efficient devices for producing green electricity. Even so, some people say, “Yes, but they only work during the day. At night what do we do?”

A team of researchers at Stanford University has partially solved this problem, developing solar panels that work even at night. Their results were detailed in a paper published in Applied Physics Letters.

At the heart of the new technology is radiative cooling, the process by which a body loses heat through thermal radiation.

Read also: We can now produce hundreds of gallons of water, for free, using home-mounted panels. What capacity they have

Read:  A car company no longer sells cars equipped only with thermal engines

On the plus side, today’s solar panels can be modified to produce energy even at night. So systems can be mounted on the panels that include thermoelectric generators, developed by researchers at Stanford, which exploit the temperature difference between them and the outside environment.

Modified solar panels don’t produce much electricity at night, but the technology could be extremely useful in the future.

But even now, according to Fan, the technology his team has developed can power devices – LEDs, sensors, small electronics – at night with little electricity consumption.

Also read: Despite pandemics and war, Bill Gates is very optimistic about the future of humanity. His reasons