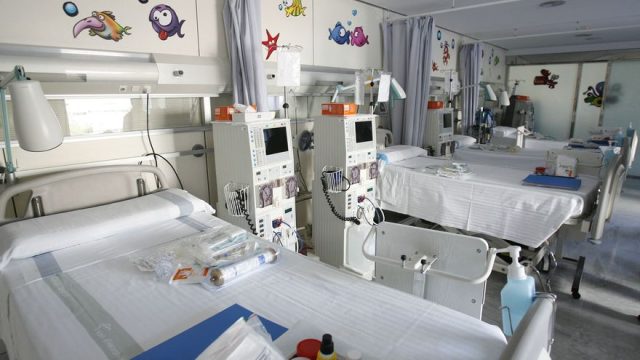 The European Center for Disease Control and Prevention (ECDC) announced this Tuesday that cases of childhood hepatitis of unknown origin in four other European countries.

“Following reported cases of acute hepatitis of unknown origin by the UK Health Security Agency” in early April, “additional cases were reported in children in Denmark, Ireland, the Netherlands and Spain“, indicates the European agency in a statement.

Nine suspected cases were also identified in children aged 1 to 6 years in Alabama, United Statesaccording to the ECDC.

“The research they continue in all countries reporting cases. At present, the exact origin of hepatitis remains unknown,” the ECDC writes, but the British researchers “consider it most likely to be infectious due to the clinical and epidemiological characteristics of the cases”.

On Friday, the World Health Organization (WHO) said to expect new cases in the coming days, confirming “less than five” in Ireland and three in Spain.

Contacted by the AFP agency, the ECDC was not in a position to provide the number of cases per country.

So far no deaths have been recorded, but some sick minors in the United Kingdom required liver transplant.

“Laboratory investigations of all cases ruled out viral hepatitis type A, B, C, D or E,” according to the ECDC.

On April 5, the United Kingdom had reported to WHO about 10 cases of severe hepatitis in Scotlandbefore reporting a total of 74 three days later, according to the United Nations organization.

Read:  Epidemiologist Antoni Trilla warns about the explosion of covid cases in China

Among the British cases, “many showed signs of jaundice and some patients reported gastrointestinal symptomsincluding abdominal pain, diarrhea and vomiting in previous weeks,” according to the ECDC.