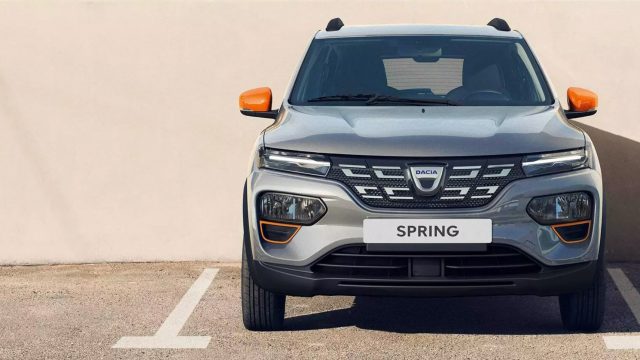 Dacia Spring continues to be a resounding success for the local manufacturer, even if it is not produced in Romania. Now, the success of the electric car will extend even further.

The first electric car of the giant from Mioveni will be available for the first time outside Europe. As a reference, the old continent has been the destination for Spring since the design stage. Now, one of the cheapest electric vehicles will start to “step” on other continents.

Dacia Spring has a new destination

The first country outside Europe where a Dacia Spring can be officially purchased is Morocco, one of the most important markets of the Renault group. Also there, a series of other Dacia cars are produced, within the local factory of the Romanian brand.

Renault and Dacia are so popular around the world that the French group owns almost 50% of the market share of cars sold in Morocco. Now, with a little luck, Dacia Spring will borrow from the success that Sandero, Duster and Logan enjoyed in the region.

According to the data obtained by Profit.ro from the director of Dacia Morocco, the launch of Dacia Spring on the local market will take place in November of this year. “Spring is made for traffic in the city and can reach a range of 300 kilometers in these conditions, and even over. But if you want to go to Casablanca – Rabat, you will have to load on arrival “, explained Fabrice Crevola.

Read:  Amityville in Space, the movie that is so ridiculous that it could become a cult

The purchase price for Dacia Spring in Morocco will be very similar to the value practiced on the Romanian market. We are practically talking about 19,000 – 20,000 euros, depending on the facilities. The fact that the first electric car from Dacia is a resounding success has already been confirmed on the European market. In the last quarter of last year, it enjoyed 27,000 units delivered, and this year another 9,000 were registered.