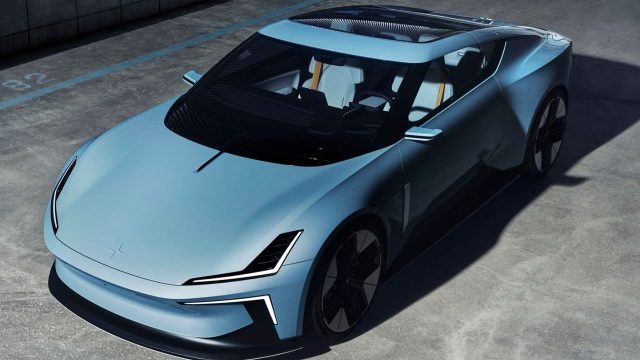 “O2” will be based on the same glued aluminum platform as Polestar 5.

Swedish electric car maker Polestar has unveiled an extension of its premium performance range with a roadster concept.

“The concept combines our ambitions for sustainability and circularity with an amazing emotional design,” said Polestar design chief Maximilian Missoni. “This really shows where we’re headed in a design language.”

Missoni described O2 as a “meeting point between technology and art, between precision and sculpture.”

But Polestar’s latest concept is not just a fancy treat for the brand’s designers. “It’s not that far from reality,” said the Austrian designer.

Instead of building “spaceship-like” concepts, Missoni said Polestar is developing models that people can imagine driving.

“I want this feeling of applied art,” he said. “It’s an amazing piece of design, but I could drive it tomorrow.”

The O2 concept offers a look at Polestar’s ambitious roadmap, which includes two crossovers and a large sedan, expected by the end of 2024. The brand’s short-term focus is to bring these models to market, CEO said Thomas Ingenlath brand.

Aerodynamics is maximized by hidden design features such as integrated ducts that improve airflow over the wheels and body parts and taillights that act as air blades to reduce turbulence behind the car.

“With all these new brands emerging, it’s a challenge to develop a design that looks good and works on different types of cars,” Missoni said.

The O2 concept also features technology created for Instagram: the concept featured a self-contained drone, integrated behind the rear seats, which can be deployed as the car moves to record races – and the probably delighted expressions of its occupants.

Read:  Mercedes production decision: what happens to one of the European factories

Engineers have developed a special aerofoil that rises behind the rear seats to create a calm area of ​​negative pressure that allows the drone to take off when the car is in motion. The drone operates autonomously, automatically tracking the car at speeds up to 56 mph.

After filming, the drone returns autonomously to the car. Videos can be edited and shared directly from the central 15-inch display when the car is parked.

“We wanted to highlight the experience you can have with a car like the Polestar O2 in new and unusual ways,” Missoni said. “You don’t have to stop and unload the drone before filming, but rather run it fast, it’s a key benefit of this innovative design.”