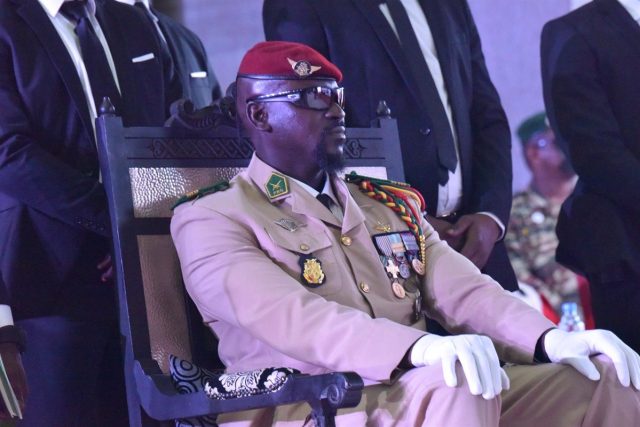 The coup military junta in Guinea led by Colonel Mamady Doumbouya has proposed a period of 39 months for political transition towards a civilian government, in an announcement that has been immediately rejected by the opposition and awaits the reaction of the international mediators who urge the African country to move towards a democratic transition.

Read:  Bolsonaro militant and Lula supporter shoot each other in the middle of election campaign in Brazil

The Guinean military leader then explained that the junta will send this proposal to the so-called National Transitional Council, the political body created after the coup that partially exercises the functions of the National Parliament, so that it can rule on this deadline.

Doumbouya, instigator of the coup d’état in September last year against President Alpha Condé, made this announcement in a speech full of calls for national unity and the consensus of the entire population. “We will take the steps, one after another, stone by stone, to continue building our common home. On this path of our longed-for rebirth, no misunderstanding is insurmountable,” he assured in his appearance, collected by the Guinee News portal.

The announcement has had the immediate rejection of the opposition National Front for the Defense of the Constitution (FNDC), which has directly accused the colonel of constituting “a threat to peace and national unity” by establishing a transition period that exceeds the marked by constitutional order.

“The National Coordination of the FNDC calls on national and international opinion to witness this attitude of the transitional authorities,” the opposition has denounced.

It now remains to be seen the reaction of the Economic Community of West African States (ECOWAS), which in March expressed its “concern” at the “lack of visibility of a transition” in Guinea.

Immediately after the coup, the organization called for a return to civilian rule within six months and has since urged the Guinean military authorities to establish a reasonable transition period. Meanwhile, he has declared sanctions against the leaders of the junta, including travel restrictions to member countries of the group.