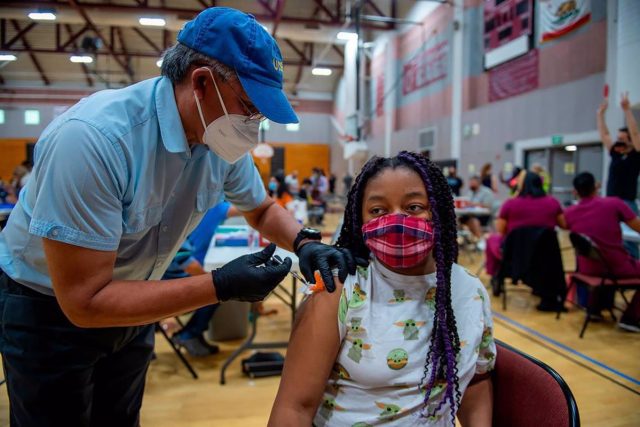 The United States Centers for Disease Control and Prevention (CDC) have estimated that 82.1 million doses of the coronavirus vaccine have been wasted in the country between December 2020 and May 2022, which means just over 11 percent of those distributed by the White House.

Those responsible for wasting doses of the vaccine are both private companies, such as pharmacies and chain stores, as well as federal and state governments and other territorial public entities.

Retail pharmacy chains CVS and Walmart are responsible for disposing of a quarter of all doses lost across the United States, while five other companies — Health Mart, DaVita, Rite Aid, Publix and Costco — although in to a lesser extent, they wasted a quarter of what they received.

On the other hand, Oklahoma and Alaska have been the two states that have spoiled the most doses, more than a quarter. In the case of the first, they have thrown away 28 percent of the almost four million they received; while the second did the same with 27 percent of the million he obtained, details the CDC.

Read:  Russia shoots down two drones near Hmeimim base, Syria

Although these figures are in line with the estimates of the World Health Organization (WHO), they are still very high in a country in which less than half of its fully vaccinated population has received the third booster dose, points out the NBC network.

“This is a tremendous loss to pandemic control, especially at a time when millions of people around the world have not even been able to receive a first dose,” said infectious disease expert Dr Sheela Shenoi.

The main reasons why these doses have been wasted are due to the expiry of their expiration date, breakdowns of the refrigerators in which they were found, as well as open and unused vials at the end of the day.

In the latter case, many companies say that they very often have to open a multidose vial at the end of the day to inject a single dose, so the rest goes to waste if no one else shows up to get vaccinated. In that sense, he recalled that the CDC recommends vaccinating even if it leads to wasting vaccines.

The United States is the country most affected by the coronavirus pandemic with more than one million deaths from the disease, of which more than 84.2 million cases have been registered.