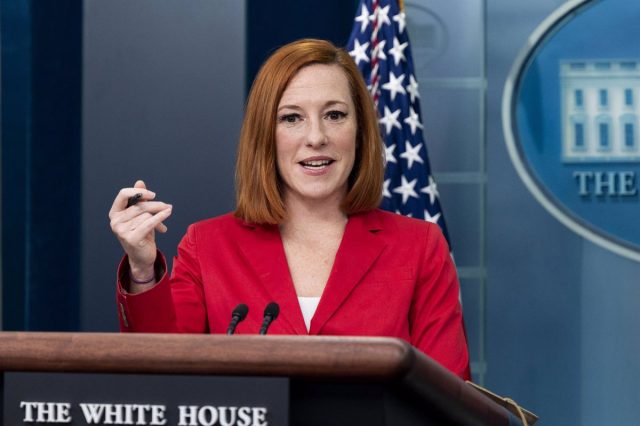 The United States has provided Ukrainian authorities with “life-saving” equipment and supplies in case Russia uses chemical or biological weapons against its population after more than a month of invading the country.

“It does not compromise our domestic preparedness in any way. Just to everyone’s conscience, but we are providing it just as we provide a variety of materials and equipment,” White House spokeswoman Jen Psaki told a news conference.

In this regard, he reiterated that the United States and members of the international community have warned “repeatedly” about the possibility of Moscow using this type of weapon, as well as the launch of a “false flag” operation.

Read:  Russia exceeds 180,000 coronavirus infections in a single day for the first time

The Ukrainian authorities have warned this Friday that Russia could use chemical weapons in the country, “as they already did in the Syrian war”, and have said that “they must be prepared”, for which the medical institutions are receiving training in order to deal with this possible scenario.

“Despite the prohibition of the use of chemical weapons by all international institutions, they used them in Syria (the Russians). We are clearly aware that they can do it in our country. We must be prepared for this,” said the Secretary of the Ukrainian National Security and Defense Council, Oleksei Danilov.

Allied NATO leaders responded at a summit in Brussels last week to fears over the use of chemical weapons by warning that it would be crossing yet another red line, with which Moscow would pay a heavy price.

Read:  The Chilean Minister of the Interior suspends her activities in La Araucanía after being received with shots in the air

In fact, NATO Secretary General Jens Stoltenberg warned in mid-March that Russia was looking for a pretext to use chemical weapons in Ukraine, after pointing out the Kremlin’s “lies” about the development of biological laboratories in Ukraine.

“During this crisis they have tried to create false flag operations to intervene and now they accuse Ukraine of developing chemical weapons and we see the possibility that they are thinking of doing this,” he assured at a press conference before the meeting of defense ministers.